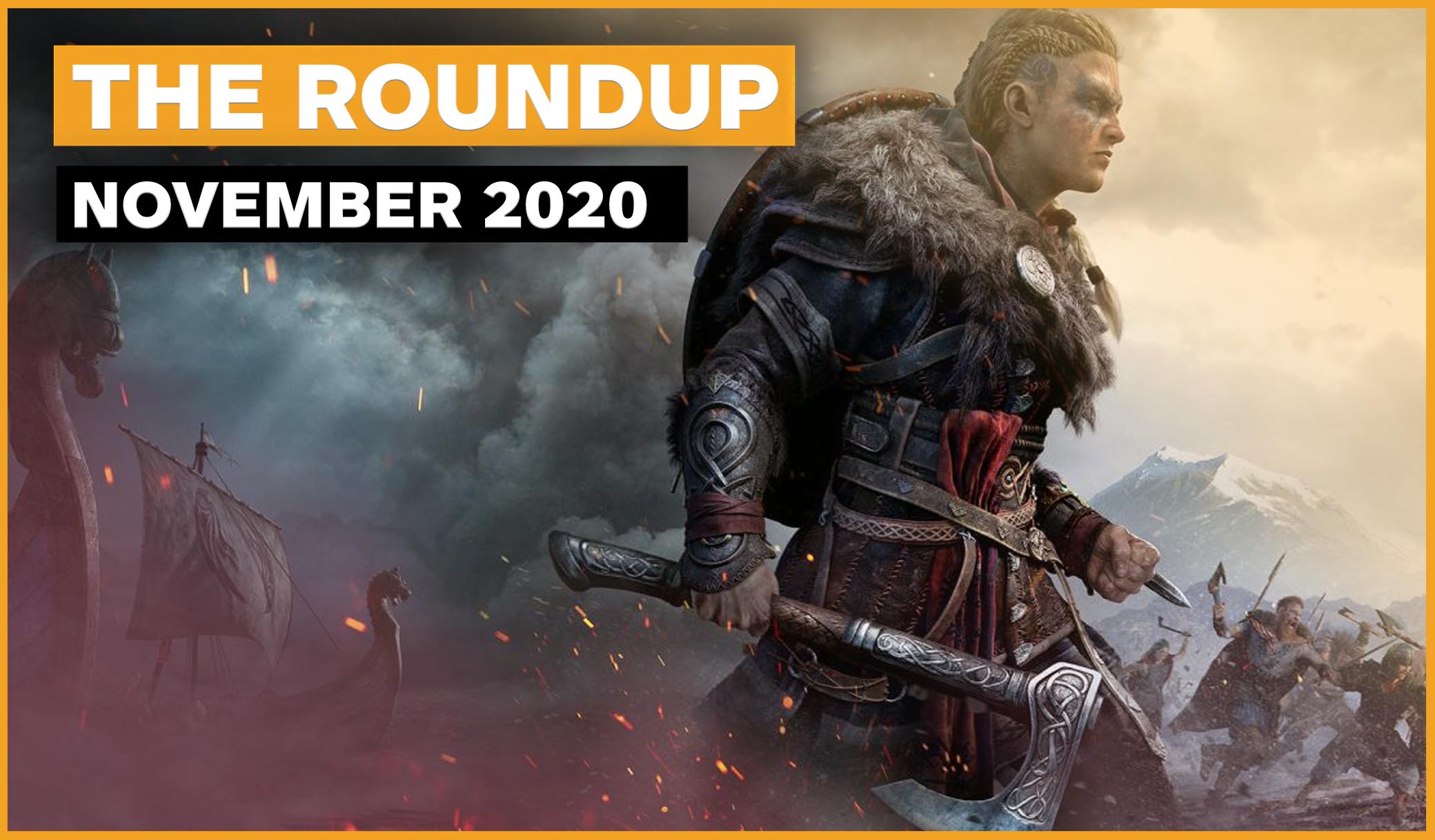 November saw the release of a TON of awesome games, so if you haven’t been keeping up, here is a quick wrap up of the stand outs for the month.

November 12 saw the release of the action role-playing game Godfall, as well as the charming Bugsnax.

A remastered Sam and Max game is hitting shelves in December. Sam and Max Save the World is due for release on Steam and GOG on December 2.

Arkane Lyon’s upcoming game Deathloop has been given a release date. The time travelling assassin game will release on May 21, 2021.

Studio IO, best known for the Hitman series, announced their upcoming project. They are jumping from Agent 47, to Agent 007. That’s right, a James Bond game is on the way! The game will not be related to the films though, so we can expect an entirely new Bond when this game releases in future.

After months of speculation, N7 day was upon us and Bioware fans got some exciting news. During a panel featuring a bunch of the voice cast of the series, they announced two major things. The first was that a new Mass Effect game in the series is in development. The second piece of news was that the Mass Effect remaster we were all waiting for was finally announced. Mass Effect: Legendary Edition will release in Spring 2021.

Finally, Spiders’ fantasy RPG GreedFall which released last year is getting an expansion. Despite some mixed reviews the game performed very well, selling over a million copies. There is currently no word on when it will release.

Kerbal Space Program 2 has sadly been delayed again for the third time. The delay is more than likely due to the game being bounced around studios multiple times and due to the global pandemic.

Another game has succumbed to the pressure of releasing too close to Cyberpunk. Spooky game The Medium has pushed back its December 10 release date, releasing now on January 28, 2021. The delay is also in part due to complications arising from the current global pandemic.

Finally, Cyberpunk also forced the upcoming MechWarrior 5’s release on Steam to be pushed back too. The game was also originally scheduled for a December 10 release, but will now hold off on release on Steam until Spring 2021.

For reasons unknown, there is going to be a Battle Royale based off of Vampire: The Masquerade. The upcoming game is set to release in the latter half of 2021.

Activison Blizzard have reportedly made $1.2 billion in micro transactions alone, during the last quarter. That means more than half of their overall revenue during that period was solely from micro transactions like loot boxes. The main driver of this was Call of Duty: Modern Warfare and its battle royale mode Warzone.

EA’s subscription service, EA Play, has recently reached 6.5 million paid subscribers. The service is heading to consoles in December too, after previously going live on Steam on August 31.

CD Projeckt Red have shot down rumours suggesting another delay to their long-awaited game Cyberpunk 2077. A rep of the company told IGN that they had taken some time to update all their assets to reflect the new launch date. Fingers crossed December 10 will finally see the game’s release.

Dragon Age creative director Mike Laidlaw has founded a new studio with some other experienced co-founders. The studio titled, ‘Yellow Brick Games’ is also being run with Thomas Giroux, Jeff Skalski, and Frédéric St-Laurent. All 4 of them have a huge array of experience behind them. No word yet on what sort of games the new studio will be focusing on, however Skalski stated they want to focus on creating, “amazing worlds and experiences for all others to enjoy.”

If you are just wanting to experience the online aspect of Red Dead Redemption 2, now you can. Rockstar have introduced an online only version of the game, due for release on December 1. Up until February 15, 2021 the online only edition will cost $4.99 as an introductory offer. This follows in line with GTA online, which will also be offering a standalone online only version too.

Finally, Bungie CEO Pete Parson has confirmed the studio has been working on a bunch of new games for around 3 years now. Back in 2019 the studio stated that they planned to release a non-Destiny related game before 2025.

Beginning with Intel news. It looks like their new 11th and 12th Gen chips are very close to release after a leaked image of the 2 chips surfaced online. Their 11th Gen Rocket Lake Processor is due to launch during the first quarter of 2020.

In other Intel news, they have begun to ship their first WIFI 6E adaptors. These adaptors are an extension of WIFI 6, and can aid in speeding up connectivity.

AMD released both their new CPU’s and GPU’s this past November, to very positive responses. The Ryzen 5000 CPU chips and their new Radeon GPU’s look incredibly promising and have a very fair range of prices. The final release of the GPU’s, the RX 6900 XT, will release on December 8.

An MSI PCB Factory in China caught fire recently. The incident injured no-one. It also seems production was able to start up again very quickly, with no production lines damaged either.

Capcom had a rough month last month, all stemming from a hack on Novemever 2. Up to 350,00 data items were potentially been exposed in the hack. This included: names, addresses, email address and birth dates. And if that wasn’t enough, the hackers released a ton of leaks too. Their next Resident Evil game, Resident Evil Village looks set to release in late April, 2021. The leak also included some information about a new Monster Hunter coming to the Switch, as well as a sequel to Monster Hunter World which is planned for release in October 2021. Finally, it also showcased a new game, code named, Shield, which is allegedly due for release in March, 2022.

After outcry from players, Ubisoft have removed tracks featuring a British Journalist Helen Lewis from their game Watch Dogs: Legion. They have since removed the two in-game podcast featuring the journalist, stating that their company nor the game reflect Lewis’s viewpoints.

Ubisoft found themselves in more hot water after using ableist language in their recently released Assassins Creed: Valhalla. The company apologized for the language, and stated that they would remove it in a future update.

Finally, Roblox has lost its iconic ‘oof’ sound. Turns out that the sound effect was pinched from a lesser known game called, Messiah. Now if you want the ‘oof’ sound still in your Roblox you will have to pay a license fee.

This past month we released some awesome new products – specifically, cases! We released the stunning micro chassis edition of the AH T600, the AH T200! Then, we released a bunch of gorgeous, simple cases: the H330, H350 and two new Versa Cases, the T35 and T25.

Over on our YouTube channel we released some STUNNING build videos this past month. First, we did a behind the build in our new AH T200 case. We then did another Dream Build, this time in our brand new Core P8! On top of that, we also made a first look video on the DistroCase.

Posts you may have missed here on the blog include a list of tips for starting a YouTube Channel, and a breakdown of some of our RAM kits. Lastly, have you cleaned your PC recently? If not, check out our post on cleaning your PC right now before the dust bunnies overwhelm you!

And finally, a friendly reminder that our podcast, Thermal Talk, is still uploading fortnightly. If you want even MORE content from us remember to go give it a listen. Check out all our episodes on your podcast platform of choice: Spotify, SoundCloud or Apple Podcasts. 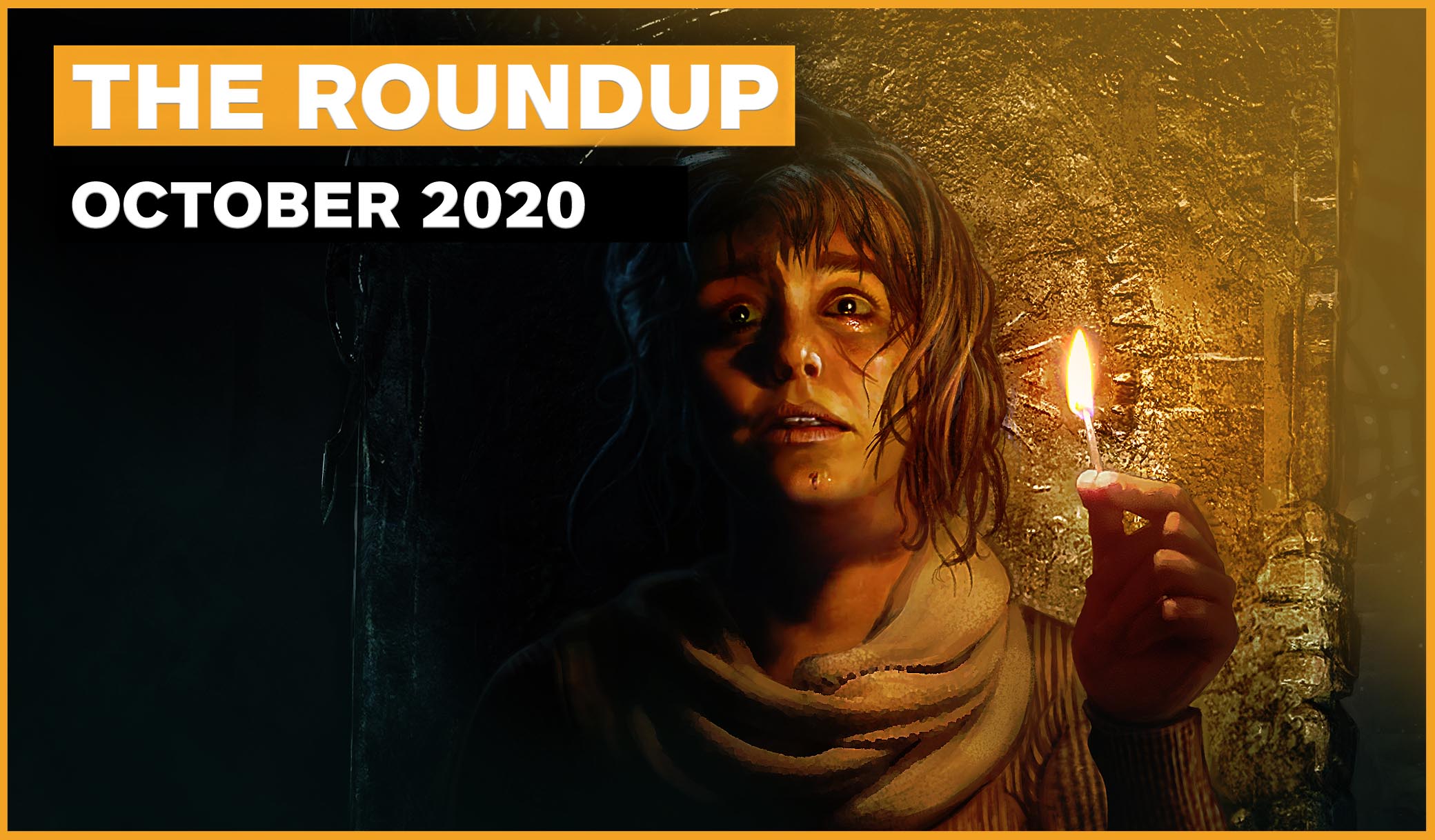 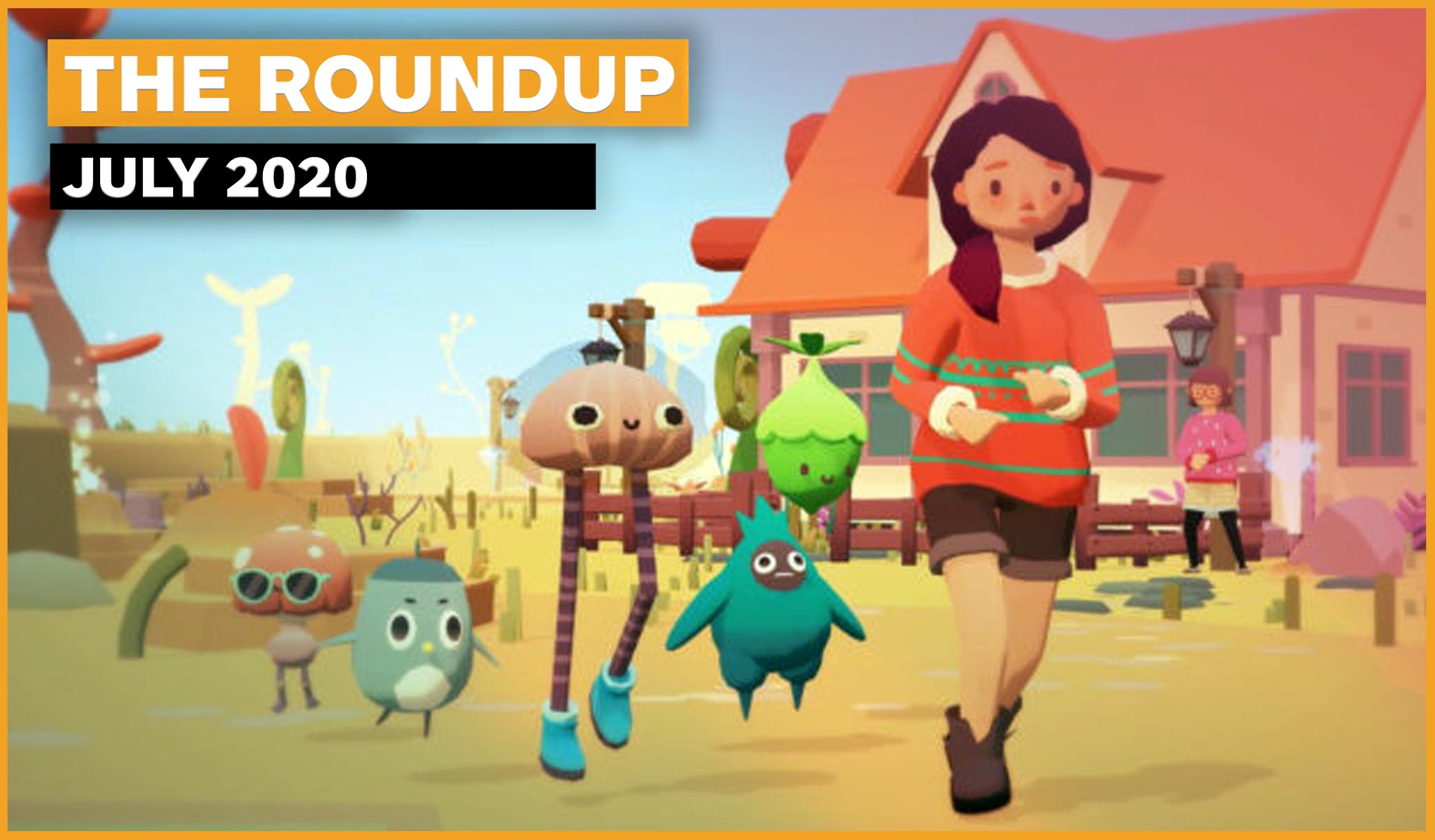 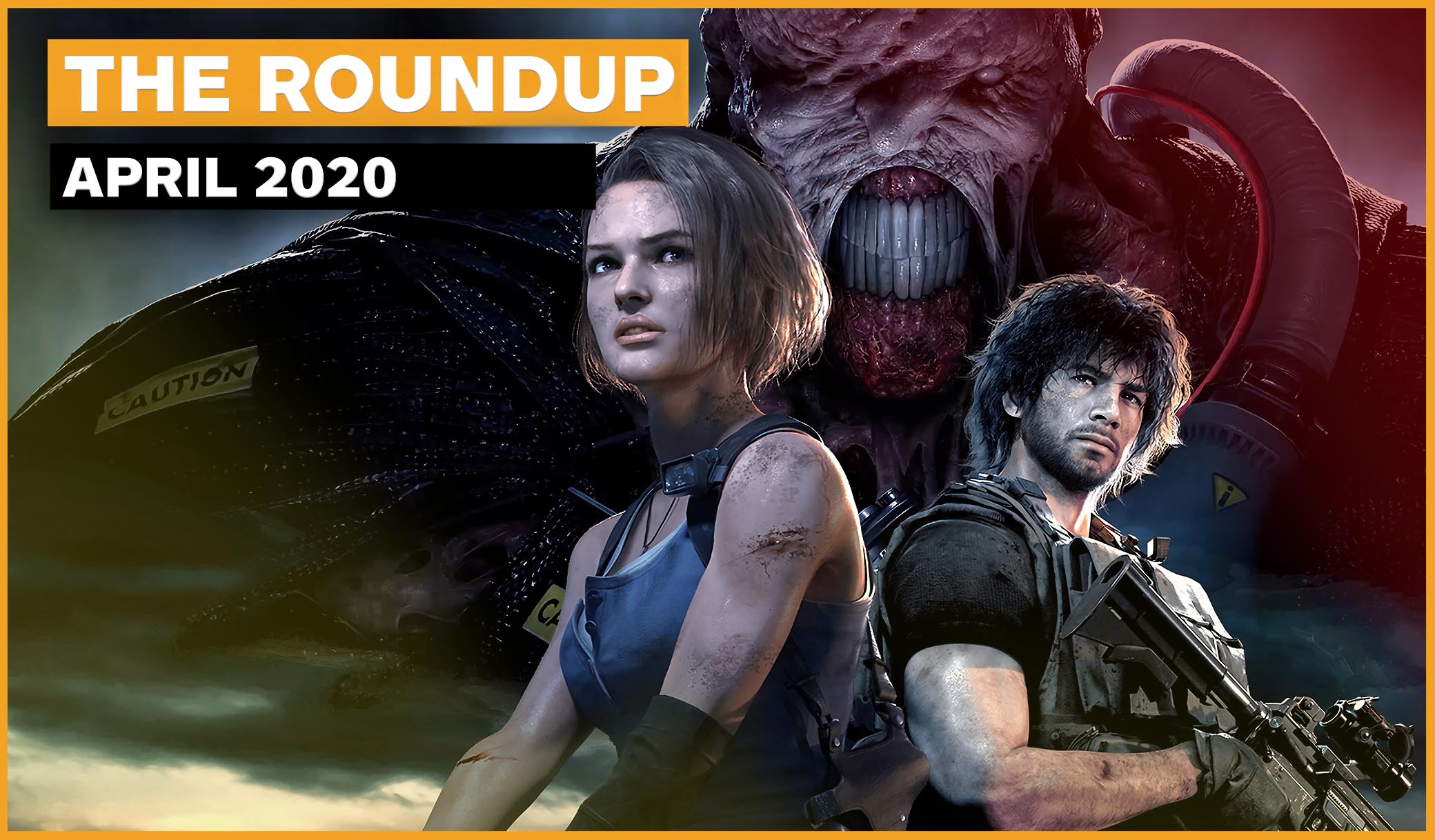