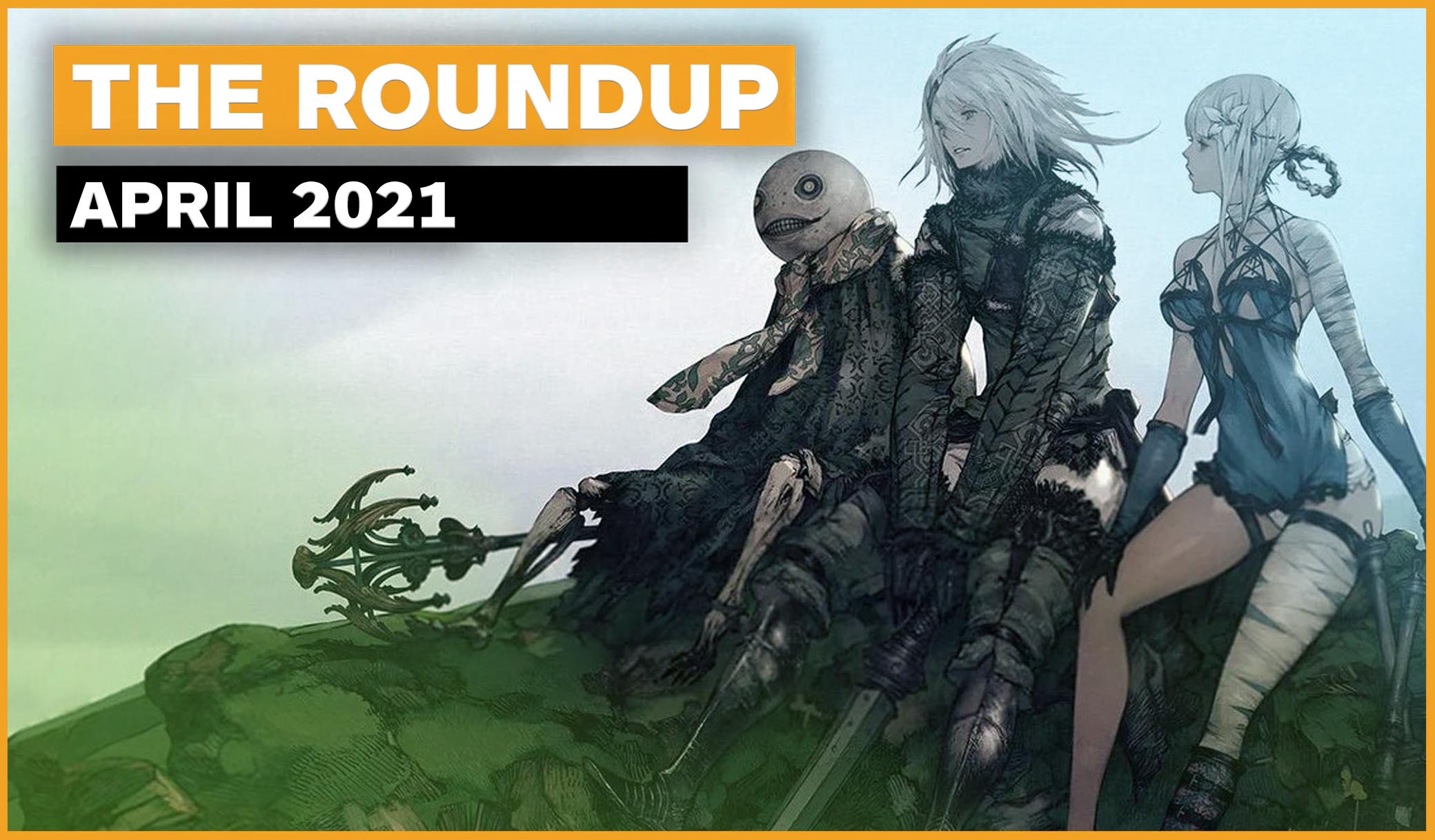 Welcome to, The RoundUp! This is our monthly news post summarising the past month in PC gaming, PC tech and new Thermaltake products. On today’s RoundUp for April 2021 Jeff Kaplan leaves Blizzard, Discord cancels its Microsoft buyout, and the FBI arrest a man for trying to ‘blow up the internet’. All that and more in this RoundUp for April 2021.

April sadly proved to be a bit of a quiet month on the PC game release front, but here are a few you might have missed…

The jazz-punk inspired Don’t Forget Me released on April 20. This was followed by two remasters. Nier Replicant released for the PC on April 22. Finally, Total War: Romance Remastered dropped on April 29.

WWE 2K22 will release this year. No release date has been provided, but hopefully the game ports better than the last one did.

2016’s Oxenfree is getting a sequel. Oxenfree 2: Lost Signals is set 5 years after the previous game and is expected to be out this year.

Biker survival horror Days Gone is heading to PC. The game will release on Steam and The Epic Games store on May 18.

A new F1 game, now published by EA, will release on Steam on July 16. The game will feature a new story mode as well as post-launch track additions.

Some of the Ace Attorney games are heading to PC. The Great Ace Attorney Chronicles will come to Steam on July 27, featuring the iconic ‘Herlock Sholmes’.

Only a few small delays this month thankfully!

First, some sad news for Minecraft fans. Mojang have announced their caves and cliffs update that was due this summer has been delayed. But even worse, around half of it will be cut entirely. The rest will release this summer.

Resident Evil Re:Verse has also been pushed to summer 2021. The death match multiplayer offshoot off of the upcoming Resident Evil Village has little to do with the main game, so it shouldn’t impact the main game at all.

It’s been another interesting month for CD Projekt. First, they staed that they are working on two AAA games at the same time. Could that mean another Witcher?  Additionally, CD Projekt announced that they are reconsidering the plans they had started for the Cyberpunk 2077 multiplayer. Finally, the company acquired Digital Scapes studio. The studio had been working with CD Projekt since 2018.

E3 will once again be held online this year, and free to all to view. This comes after rumours surfaced that the Entertainment Software Association were looking at locking parts of it behind a paywall. E3 will run from June 15-17.

Ubisoft announced this past April that they are pulling the plug on a bunch of their older game servers. This includes: Assassin’s Creed 2, Far Cry 2, Rainbow Six Vegas, Rainbow Six Ghost Recon Future Soldier and Anno 1404. All of these lose their servers on June 1.

Amazon’s Lord of the Rings MMO has been cancelled. Yeah, I didn’t know this was happening either… anyway doesn’t really matter I guess, cos it’s cancelled. This was apparently due to contract negotiations between Amazon and Tencent falling through.

Overwatch director Jeff Kaplan has officially left Blizzard. Kaplan had been with Blizzard for 19 years, working on World of WarCraft and a bunch of the expansions, before moving to help create and become the face of Overwatch.

A Knights of the Old Republic remake is in development. Bloomberg’s Jason Schreier revealed on a podcast that Aspyr Media are developing the remake. Fingers crossed the remake of this classic is on the way one day.

Call of Duty: Warzone nuked Verdansk. The map that started it all is gone! The new map, Verdansk ’84, is a revamped version of the map, featuring new buildings and layout.

NVIDIA, Intel and TSMC think the chip shortage is far from over. Due to the giant increase in demand, even more than cards are being affected now. For the moment, we’re looking at the issues continuing all the way to 2022.

In further NVIDIA news, the UK government have stepped in to shut down a potential buy from them. Their deal to acquire Arm has been put on ice, with a notice of public intervention put on the UK government website. This is stated to be due to national security grounds.

Discord has halted their Microsoft buyout. Last month it was looking like the merger was in its final stages, however now the popular platform has seemingly put on the breaks. Discord is now allegedly looking into an public offering setup.

HTC might have a new headset on the way. The company posted an image with the caption “VR Headset – Confirmed.” So far there is no further info on what sort of headset it’s lined up to be.

There is now a webcam that is an eye. Created by the Human Computer Interaction Lab, the concept behind the Eyecam is to make people think more about who is watching us through our webcams.

Apple has found themselves in a tough spot. A ransomware group has allegedly stolen files from one of Apple’s manufacturers and are now demanding $50 million not to publish the files. They allegedly possess confidential drawings and personal data.

If you thought watching people play games on Twitch was silly, then Sony has something for you. They’ve patented an AI bot that can play games for you. The bot can monitor your game play, and step in if you need to go AFK. This has me both intrigued, and terrified at the same time.

Developer Quantic Dream has issued a statement regarding their toxic workplace lawsuit. The lawsuit has been going on for the last 3 years, with the court ruling in favour of Quantic Dream. The studio stated that after tars of providing proof of the absence of the claimed toxic atmosphere, they were finally victorious in clearing their name.

A Texan man was arrested recently for trying to blow up ‘the internet’. The man was apprehended by the FBI by conspiring to take down the Amazon data centre to free the USA from the internet’s ‘tyranny’.

The developer of an Indie Game unfortunately called Warzone has found themselves being sued by Activation. His game was launched back in 2017, while Call of Duty: Warzone came out 3 years later. Despite that, Randy Ficker has started a GoFundMe to support themselves against the gaming juggernaut.

April has been a pretty quiet month for products here at Thermaltake Australia. The biggest release of the month was our brand-new Cherry Blossom Gaming System! Just like The Citadel before it, it comes with one of the new 30 series graphics cards.

Our YouTube channel, however, has been popping off this past April! We released a bunch of videos around the Cherry Blossom, including a sick intro video, a more behind the scenes look at the system and finally a benchmarking video. Additionally, we produced a First Look video for our new L Shaped desk, the ToughDesk.

Here on the blog, Michael wrote two awesome posts about Games he’s looking forward to this year, as well as old PC games that deserve a remake. We also produced another post in our mod series, focusing this time on mods for the Elder Scrolls III: Morrowind.

Don’t forget, our podcast Thermal Talk is still going strong! Check it out on your podcasting platform of choice: Spotify, SoundCloud or Apple Podcasts 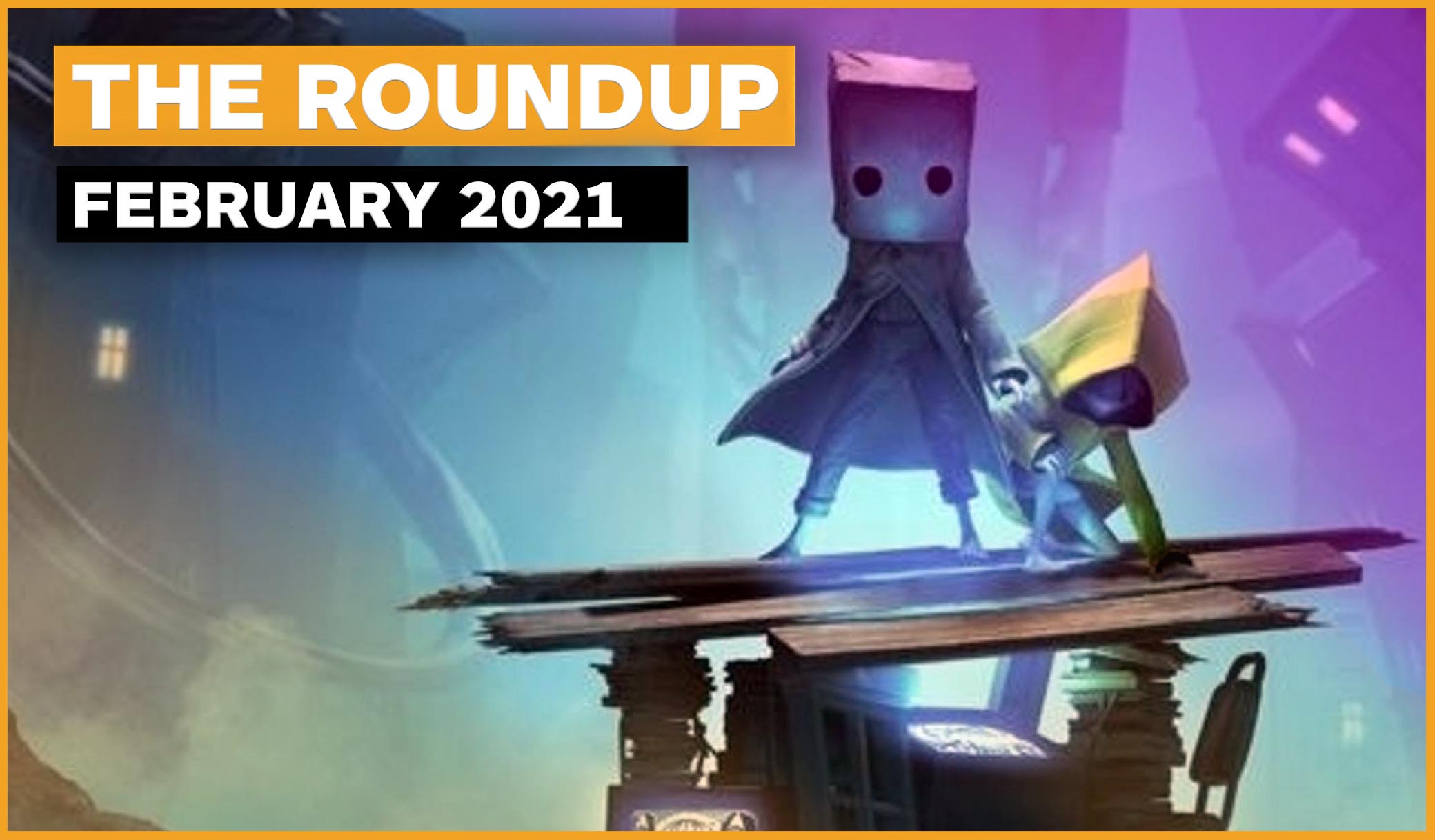 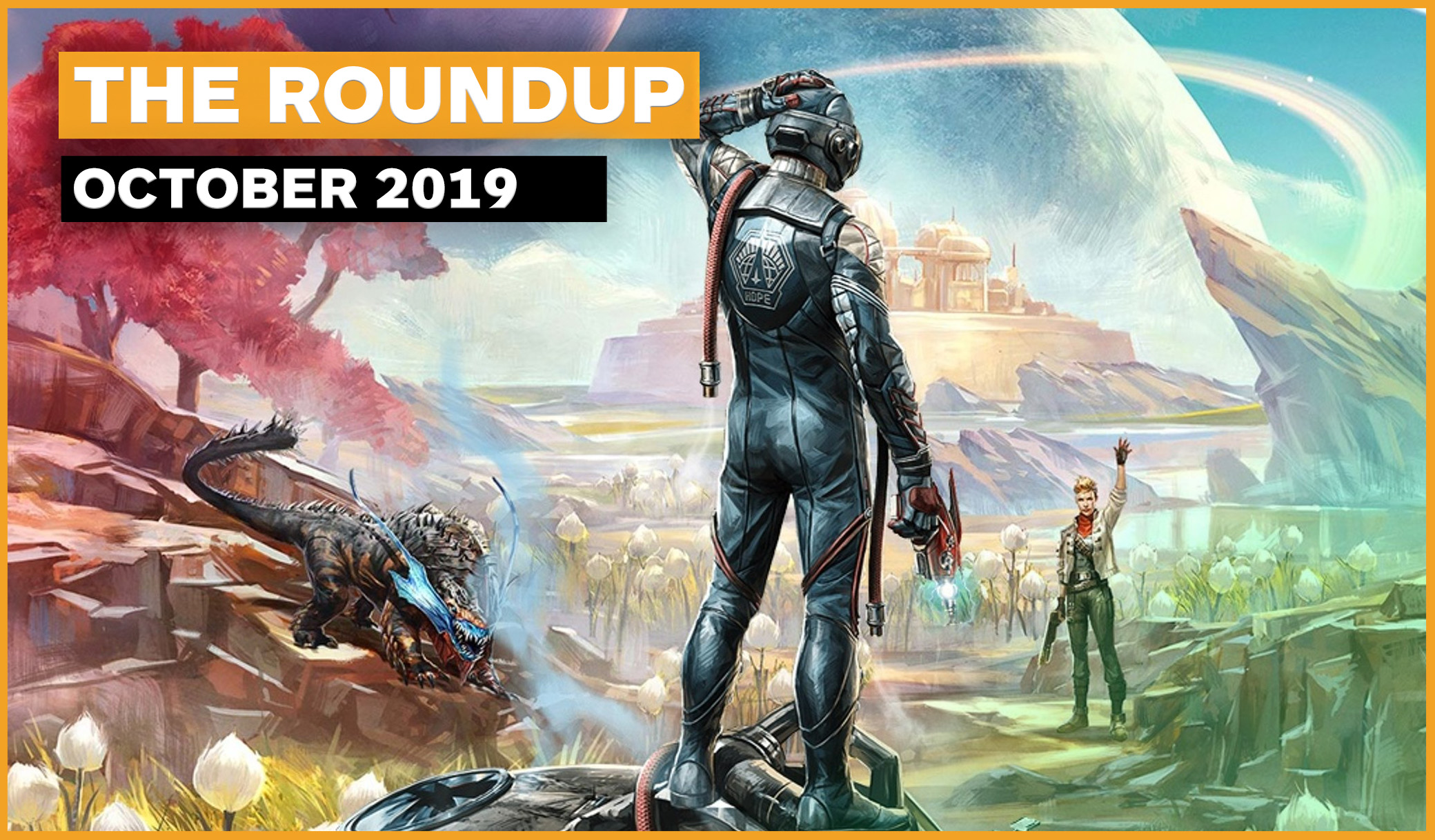 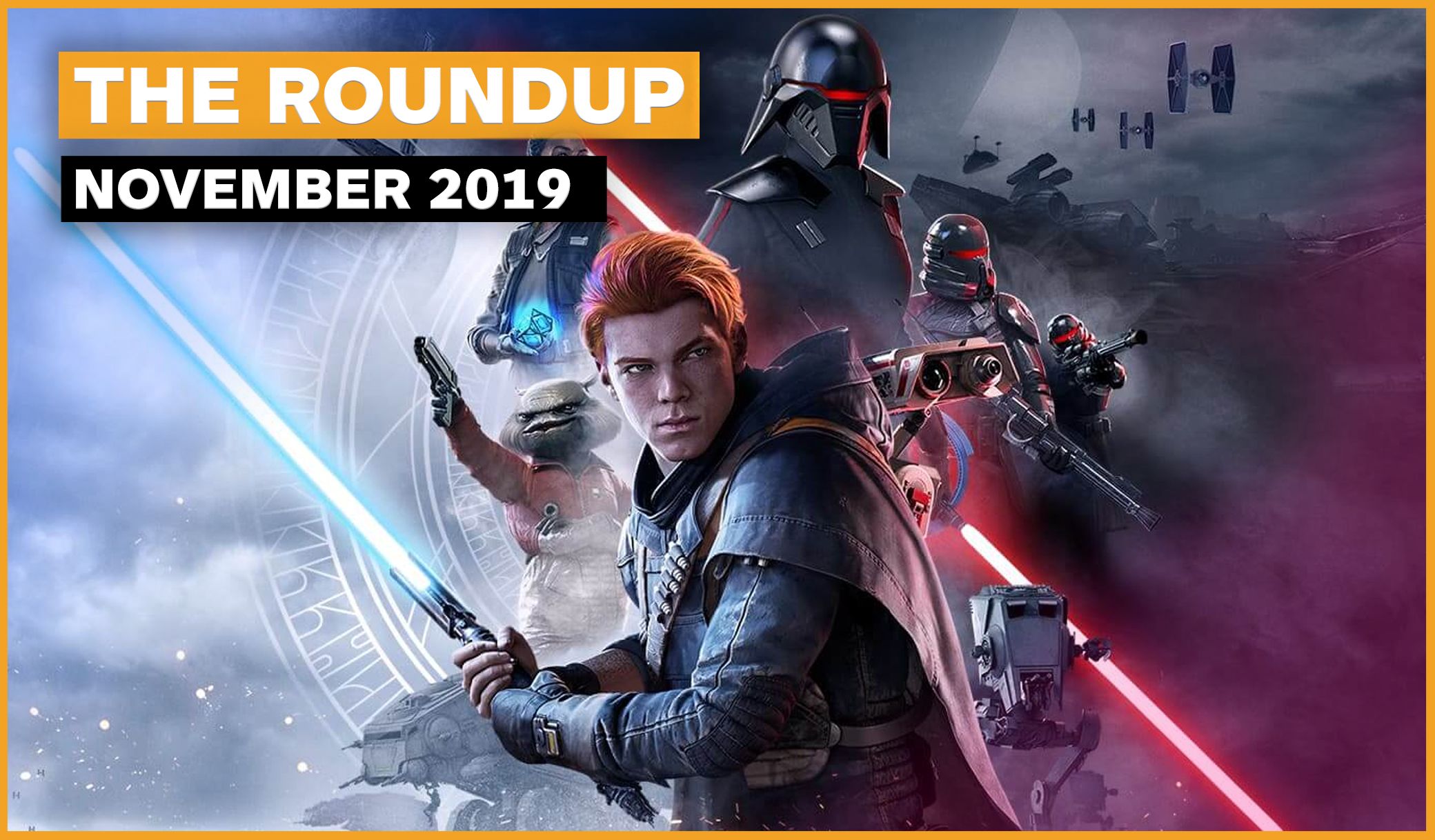