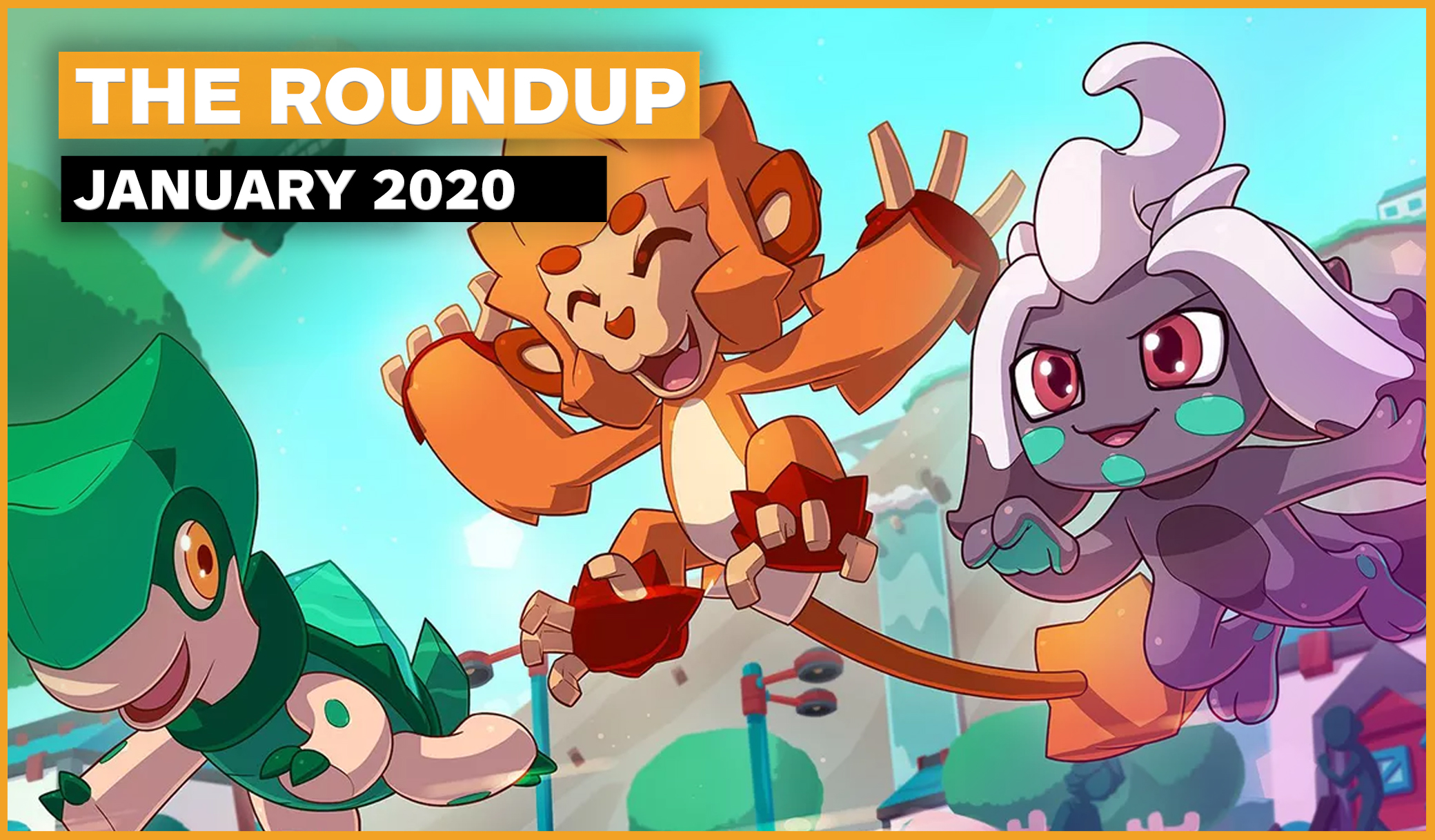 Welcome to, The RoundUp! This is our monthly news post summarizing the past month in PC gaming, PC tech and new Thermaltake products that you may have missed. On today’s January 2020 RoundUp: an Overwatch 2 leak suggests 2020 release, an anti-virus software sells private data AND we released a LOT of new cases! All that and more, in this first RoundUp of 2020!

January was a slow month for new games. This often occurs due to it being a new year and most companies close up over the Christmas and New Year period.

Another tease from WB Games Montreal strongly suggests a new Batman game coming soon. They tweeted a partial symbol which strongly resembles the Gotham city Police Department Badge[1]. Fingers crossed an official announcement comes soon, as they have been dropping teases left and right for a while now.

A gamer in Texas saved the life of their online friend all the way in the UK! The pair were gaming together online when the UK teenager said he wasn’t feeling well and went to lay down. Their friend in Texas recognized his friend was having a seizure and he contacted his friend’s local ambulance, saving his life.[2]

After years of treating soundtracks as DLC, Steam has changed their stance on it. You can now purchase soundtracks without having to purchase the base game, and there will be a separate Steam music directory where all that content will live.[3]

Overwatch is spicing things up soon, announcing their plans to add hero pools. Coming in Season 21, each week Blizzard will ban 2 DPS and 1 tank and support hero, and the next week the selected hero bans will change. This will only be in competitive play.[4]

A leaked tweet from Play Station Brazil hints towards Overwatch 2 releasing sometime this year. They promptly deleted the tweet.[5]

Frictional Games, the development company behind the popular horror game Amnesia, have announced a new project in a very cryptic way. On their official website, they have released a page titled “Next Frictional Game”. The page just has a plain black screen with a pulsating white cell type item in the centre. It has been like it for around a month now, slowly increasing in size.[6]

There was lots of game delays this January. First, Marvels Avengers, is now due to release in September ,2020 instead of May, 2020. Many believe the below average feedback the game received at E3 2019 caused the delay.[7] The next major game delay was CD Projekt Red’s Cyberpunk 2077, which was also pushed back to September, 2020.[8] And the final game delay, was Dying Light 2. The game didn’t have a set release date, but Techland were hoping for a spring 2020 release (Autumn for Australia), but that isn’t looking like it will happen now. They have stated they will share more information in the coming months.[9]

It wouldn’t be a RoundUp if we didn’t mention Half-Life: Alyx at least once! After all the game delays of January, concerns flooded in that it would also happen to Half Life: Alyx. The Valve team though came out saying in that wouldn’t be the case, assuring worried fans in a Reddit AMA that they would hit their intended release date of March, 2020.[10] On top of this, the Half-Life Collection is now free to play up until the release of Half-Life: Alyx. This comes with Half-life, Half-Life 2 and both episodes.[11] So if you haven’t brushed up on your Half-Life games, now’s the time!

After Telltale’s collapse in 2018, the Walking Dead games mysteriously disappeared from Steam. However, they have now returned with their new IP owners SkyBound finally re-releasing the games.[12]

The creators of Hellblade have announced a new experimental game they are developing named Project: Mara. They describe the game as, “a real-world and grounded representation of mental terror.”[13]

Hearthstone Grandmaster Blitzchung has spoken out about his controversial banning. He basically stated that he felt so helpless by not joining in with the Hong Kong protests, so he wanted to contribute in any way he could. He also declared that he stands by his actions and would do it again if he had a chance to go back in time.[14]

Lastly, Apex: Legends took us all on quite a journey this past month. First, it seemed their newest hero would be a tanky, close quarters character named Forge. But with the announcement of season 4, finally came the official reveal that Revenant was indeed the new Legend. He appears to be an assassin type character, with a very intriguing backstory.[15]

Sony announced for the second year that they will be skipping E3 again. They stated that they don’t believe E3, “is the right venue for what [they] are focused on this year.”[16]

A Microsoft database error may have exposed 250 million records. Microsoft states that within 24 hours all servers were secured.[17]

An NHS director in England has issued for a ban of lootboxes, stating that they are “under the radar gambling”. They put forth that publishers need to ban games if their lootboxes encourage children to gamble and star introducing spending limits.[18]

It looks like Riot Games isn’t quite off the hook yet. In their ongoing gender discrimination lawsuit, the state of California could increase the settlement amount from $10 million to over $400 million. Lawyers issue that the women in the lawsuit are owed far more in compensation than their initial sum. The final ruling on this will be in February, 2020.[19]

The free anti-virus software Avast fell under scrutiny lately, for selling user data to third party advertisers. This includes information about the sites user access, videos they watch and more. The software that tracks the data is optional, however many users did not realize they were opting into it.[20] Avast later apologized for this and shut down their additional data collection software entirely to make up for it. [21]

It seems we are finally closer to non-volatile DRAM. Researchers at the university of Lancaster have created a form of non-volatile memory, which could lead to instant-on PCs. The memory is currently called UK II-V memory and is fast enough to replace DRAM, as well as using less power.[22] Only time will tell if this is the future for non-volatile memory.

Despite Windows 7 being officially abandoned by Microsoft, thousands of users have stayed with the Operating System. This is because Windows 7 still runs, it just will not be receiving any further support from Microsoft, leaving users of the operating system more exposed to viruses etc.[23] On top of this, a bunch of anti-virus software have declared they will still support Windows 7, such as AVG, Kaspersky and McAfee.[24]

In the VR news, a new augmented reality contact lens promises to bring VR to your eyeballs! The contact lens has an embedded display, which means there may be no need for heavy headsets anymore in future.[25]

The new Intel Tiger Lake benchmarks were recently leaked on Twitter, after the stats appeared on Geekbench. These CPUS are intended only for laptops, but there it a potential for them to move to desktops too. The stats are reported to be pretty standard, however do look like they have an overall increase of performance from previous gens.[26]

AMD looks like they have plans to release new next gen graphics card this year. AMD CEO Lisa Su stated, “we’ll have our next-generation RDNA architecture, that will be part of our 2020 lineup.”[27]

CES was held in early January and there was quite a lot of cool gadgets and items announced. AMD showed off a few things, including their Ryzen 4000 laptop CPUs. Another cool item shown off was self-driving cars, the technology making its way back into the forefront with lots of new developments. [28] We at Thermaltake also revealed a lot of cool items, like our awesome office gaming chair the “CyberChair E500” [29] and a ton of awesome new cases, some of which I will talk more about below!

After CES, January geared up to be an incredibly busy month for us here at Thermaltake!

We also released the gorgeous new Riing Quad fans, the latest in our stunning Riing series of fans.

Over on our YouTube channel we released a ton of content about our new cases and items, including First Looks of our Commander G and Riing Quads. We also made a How-to Video to teach you guys how to install an AIO which you can check out below!

Of course, our podcast Thermal Talk is still going strong! Check out the audio versions of it on Spotify, Sound Cloud or Apple Podcasts! A week later, we upload the video versions on our channel too!

Here on the blog we posted some new First Looks as well as some more tips on streaming! 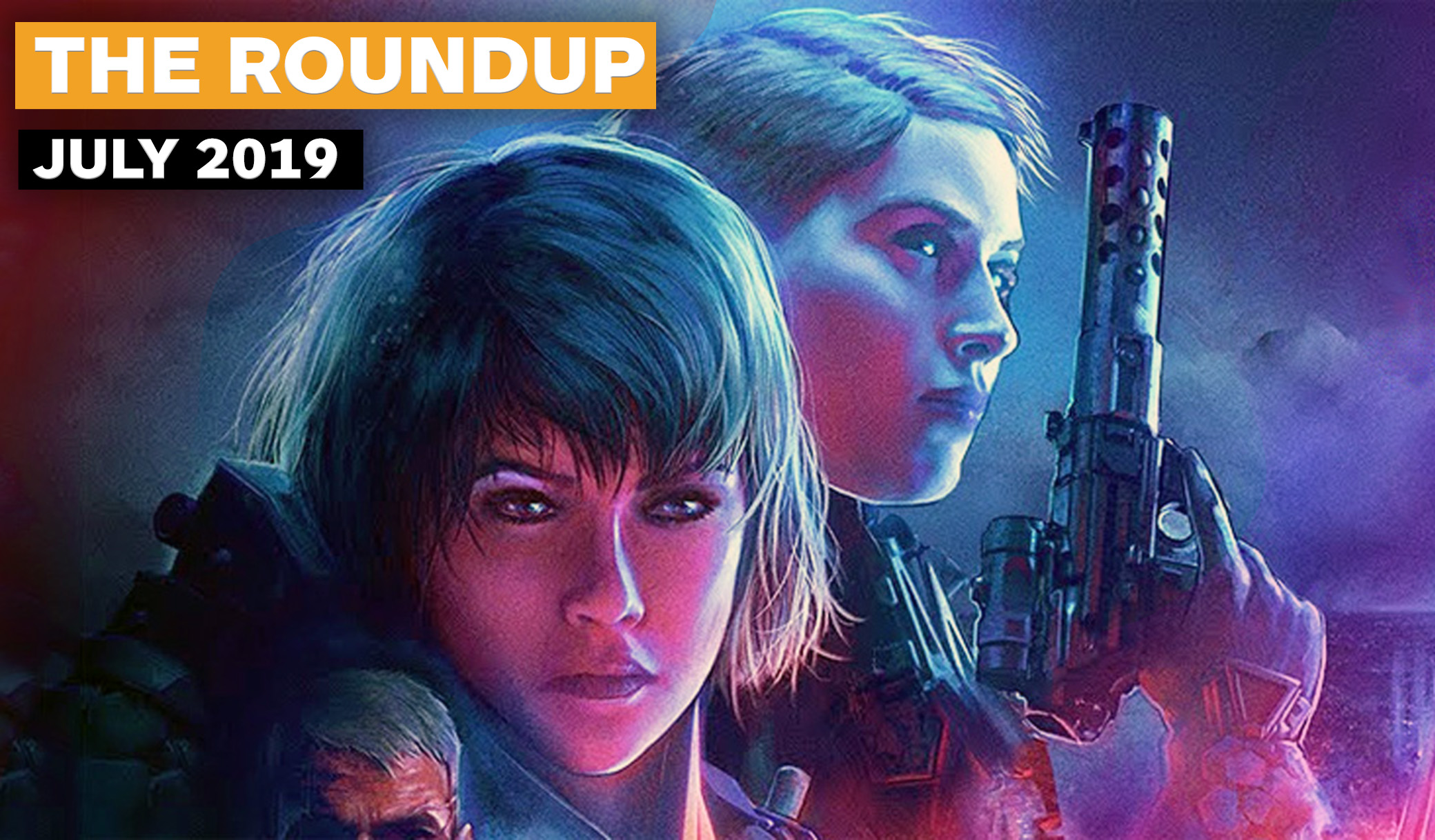 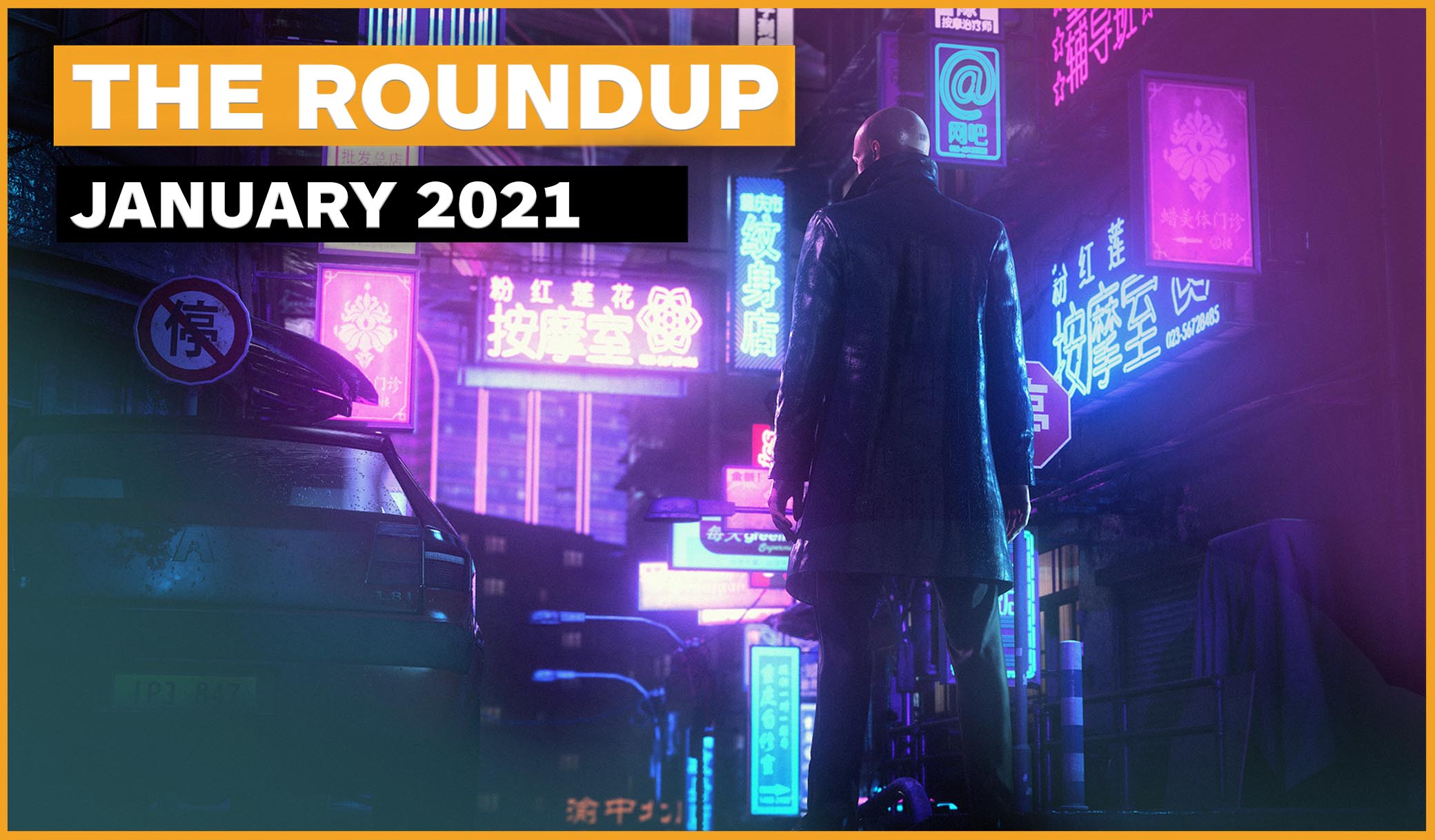 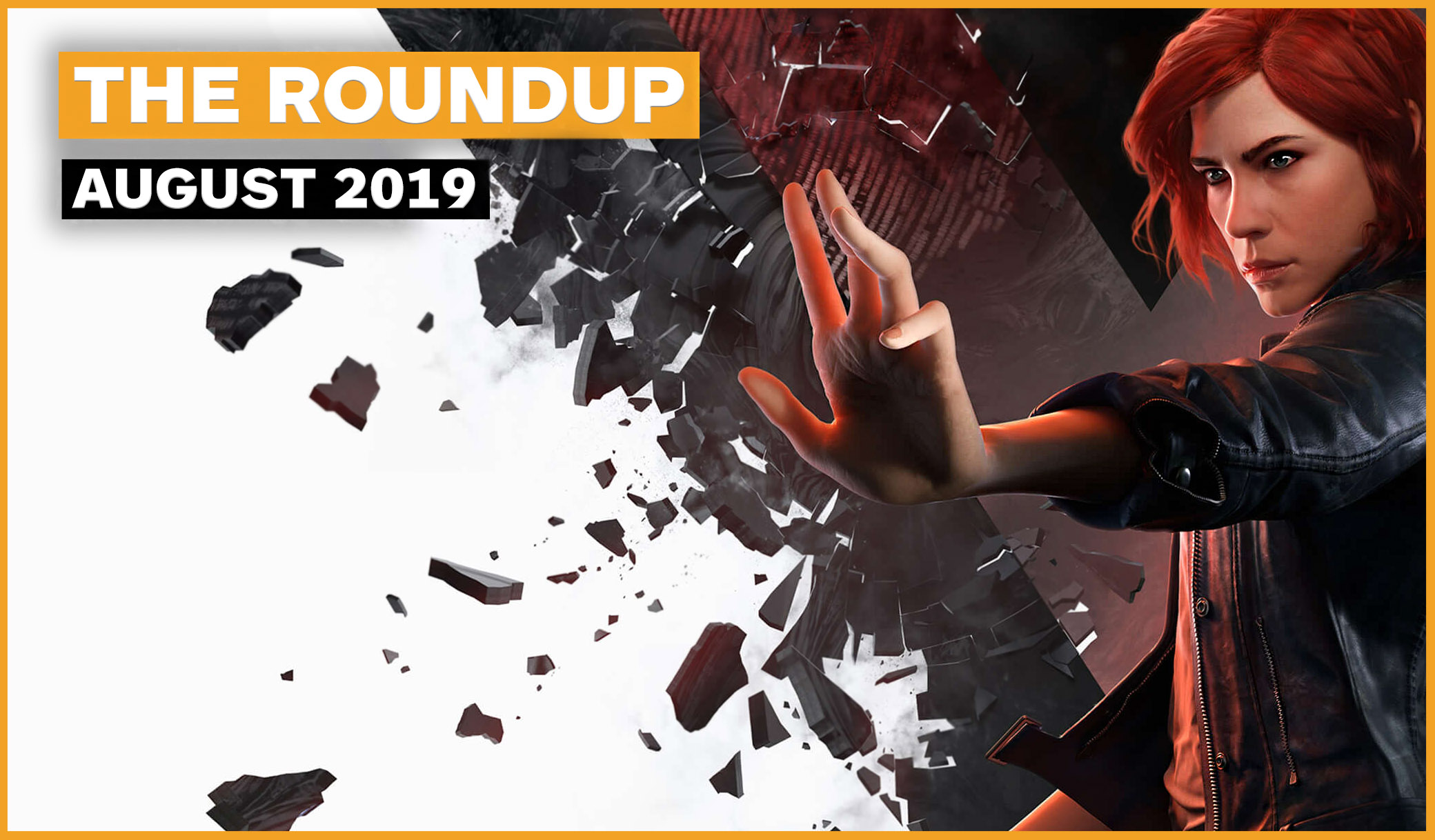