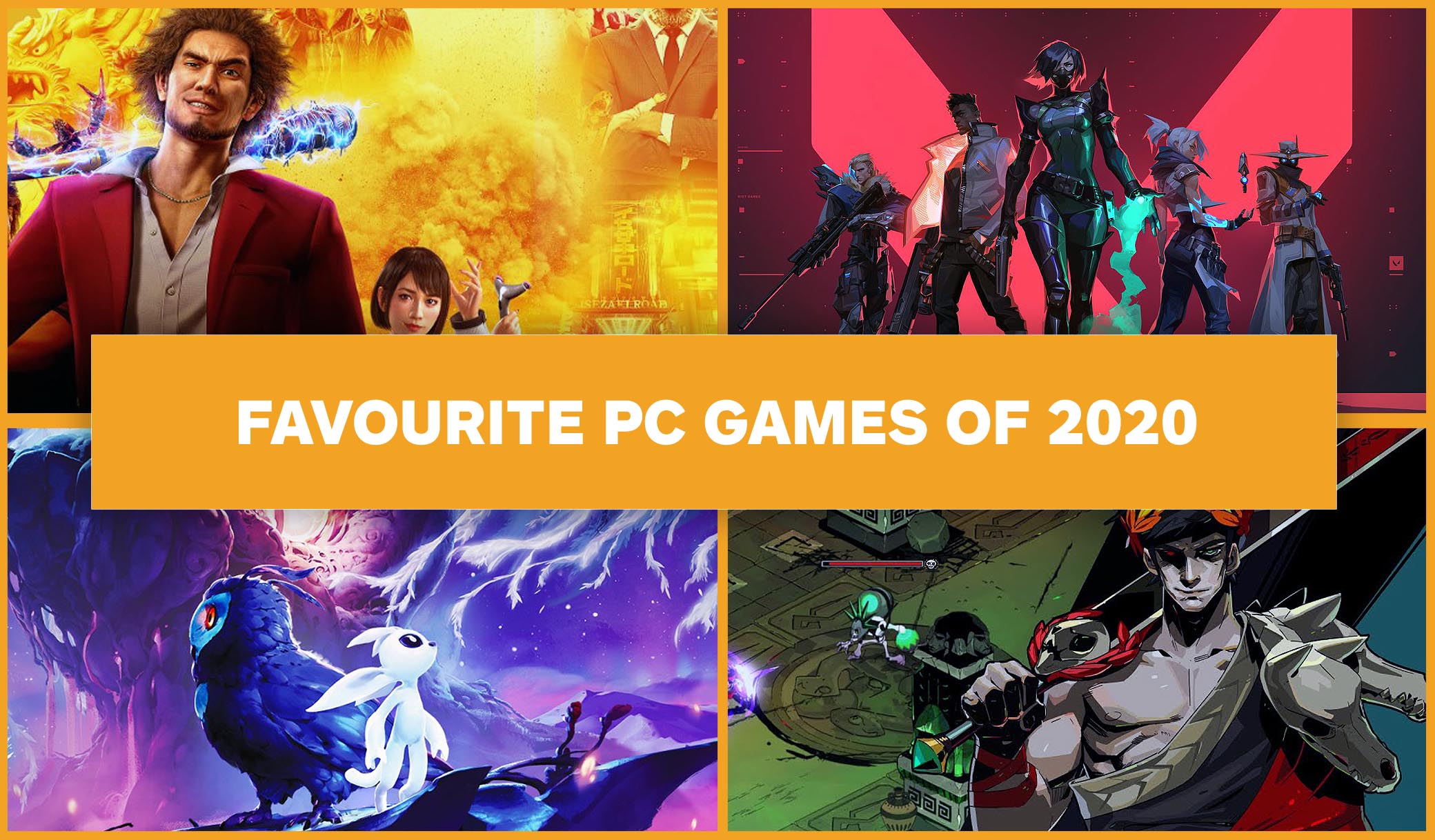 2020 was quite the year in more ways than one. However, easily one of the best things about the year that was, were the amazing games. So, just like last year, here are my favourite PC games of the year. This list ONLY includes PC releases. So, games like The Last of Us 2 are not viable. The list is also in no particular order. So, without further ado, here is my favourite PC games of 2020.

There was no way this wasn’t making my list. Not only did this game do amazing things for VR, but I’m a huge fan of the series. I’ve played Half-Life 2 and it’s 2 additional episodes numerous times. I was also part of the crowd hoping and praying every year for a Half-Life 3. So, when this game was revealed, I could hardly believe it.

I will admit, I was skeptical of this game at first. I wasn’t sure how well a Half-Life game could translate to VR. But I was very wrong. This game has it all! An amazing story, great characters, and utilizes VR in a way I have never seen before. If you have a VR headset and don’t have this game yet, you are truly missing out!

Ori and the Will of the Wisps

This game is everything games should be. It’s incredibly beautiful for starters. Its art design has to be one of the most stunning of the year. Its beautiful colour palette and look is just breathtaking. Additionally, the story itself is also incredibly captivating and has led many a player to shed a tear. Ori isn’t just a game; it’s an experience too. It’s one well worth playing if you somehow have missed this gem of a game.

While not quite as magical as the previous game, Doom Eternal is beautiful in its own way. The perfect sequel to 2016’s Doom, Doom Eternal continues the story of the Doomslayer. Additionally, this games adds in a bunch of new mechanics and gameplay elements.

While not everyone loved the additions (mainly the platforming), I think this game really improves on the first in a few ways, as well as brings in new elements that keep the narrative fresh. If you loved the fast paced, brutal action of the first Doom, then this was a 2020 title not to miss!

This was a game that came out of nowhere for me, and yet, was the game I was putting forward to win Game of the Year. This role-playing game sees you play as Zagreus, who just so happens to be the immortal son of Hades, God of the Underworld. Zagreus decides he is done with the Underworld and wants to escape to find his mother Persephone. But his Dad isn’t too fond of that idea, so has put a number of things in place to stop him.

However, every time you die you get reset, meaning the game encourages you to try, try, try again. This game just has everything. Some interesting combat, an amazing story and a gorgeous art style. If you want a game to truly get lost in, this is the one for you.

Felt I had to chuck on a few Multiplayer titles in this list, despite my preference for single player games. Valorant was a bit of a surprise for me. As someone who hasn’t gotten into any of Riot’s stuff in the past, I didn’t have high hopes for this game. But I pleasantly enjoyed Valorant!

This game is basically if Counter Strike and Overwatch had a baby. The gun play is quick and fun, and the abilities give you a way to contribute if you aren’t the best shot. While I only ever played this in private lobbies with friends, I still had a great time. Considering it’s free to play, it’s a great game to just jump in with some mates and have a laugh.

My only other Multiplayer slot of the year had to go to Fall Guys. This game was absolutely everywhere when it came out, and probably would have stayed that way had Among Us not suddenly surged in popularity. (I should also mention, Among Us is not on this list. Not because I didn’t like it, but because it did not come out in 2020. The game has been out since 2018. Seriously. Look it up if you don’t believe me, it’s an old boy.)

Fall Guys came out in the midst of the worldwide pandemic, and was the game everyone needed. It was bright and cheery and had no violence (unless you count pushing people off to get ahead violent, I suppose). Fall Guys burst into the scene in a big way and despite falling a bit in popularity, it looks like it’s here to stay with season 3 already releasing recently.

OK I will admit, this is just my personal pick. Mafia was a game I adored as a kid, and I hardly even played the story. I just used to drive around listening to the 1930’s music, catching the train and causing general mayhem all the while I ignored the story waiting patiently in the background. So, when they revealed a remastered edition coming out this year, I already knew it would be on my ‘best of’ list.

Unlike with Mafia 2 and 3 (which in my opinion, didn’t really need remasters), this game truly shines with updated graphics and controls. If you were like me and loved the original as a kid, or if the dated graphics held you back from playing it before, this game is definitely worth picking up now.

2020 truly was the year of great single player games, and the latest in the Yakuza series is no exception. This role-playing game is the eighth release in the Yakuza series, but this series has certainly not run out of steam yet. This game introduces a brand-new protagonist, Ichiban Kasuga, who goes on a quest to uncover the reason for his ex-boss’s betrayal.

The combat system is quite different than previous games, taking on a turn-based type of combat. This game has a great story, interesting game mechanics and as always, very engaging characters. If you are hardcore fan, you might not love some of the new changes they’ve made. But overall, it’s a great step forward for the series and still delivers in all the ways that made the previous games amazing in their own right too.

To be honest, at the start of the year I would not have picked this game for my list. Assassin’s Creed has long been a series I haven’t cared all that much for, but I was really impressed with their latest instalment. Assassin’s Creed: Valhalla continues the trend set by Origins and Odyssey before it, this time following the Vikings and their crusade against the Anglo-Saxon kingdoms. Your character Eivor can either be a male, or female, or you can also allow the game to swap between the two, which is a cool third option.

While it feels a lot like the past 2 games, it also re-adds some other older mechanic such as settlements, and overall relies a lot less on a tedious leveling system which is a nice change. I was pleasantly surprised by the look, feel, and direction this game went in and if you haven’t tried it yet yourself, you might find yourself surprised too.

In a year where most of the world was essentially shut down, THIS was the game we needed. I was due to go on two international trips last year, both cancelled due to the pandemic. I’m sure this was also the case for thousands of others around the world, and that’s where this game comes in! Sure, it can’t entirely replace my trip to Japan, but at least I can experience a portion of it!

This is by far one of the best Flight simulators I’ve ever seen, and considering the steep price tag it really delivers. This game utilizes maps supplied from Bing as well as 3D technology to really make this simulator feel as much like the real thing as you can get on your home PC. While yes, there are bugs and loading problems, for a game this huge it is to be expected. For now, while the real world is still so physically closed off, games like this can remind you of the world that existed before. It also helps you experience the next trip you have planned without you even having to leave your room.

I’m sure some people will be furious that this is on the list, where as others would be furious if it wasn’t! But regardless, this was always going to be on my list. If it wasn’t already incredibly obvious, I am a huge RPG fan, so this game is everything I want and more. And yes, it is INSANELY buggy, but anyone who expected perfect and polished from the get go was honestly just kidding themselves. A game this big, this ambitious, was never going to be entirely perfect on release. The Witcher 3 wasn’t, Dragon Age: Inquisition wasn’t, and countless others also weren’t.

For me, the thing that sold this game immediately was the world. Night City is a character in and of itself, and that’s what I feel deeply in love with. Was V a little lackluster? Kind of. But I’m the sort of person who makes extensive backstories in my head for characters anyway, so for me, my V was very fleshed out. This game was perfect for me. Perfect for someone who loves RPG’s and getting really into a world and its characters. Bugs can be patched, but the heart of story can’t be written in later, it has to be there from the start. Cyberpunk has all that and more, and easily was my favourite game experience of the year.

What would your list look like? Comments your favourite PC games of 2020 down below and let me know! And while you’re still here, remember to check out our YouTube Channel for more awesome content from us in 2021. 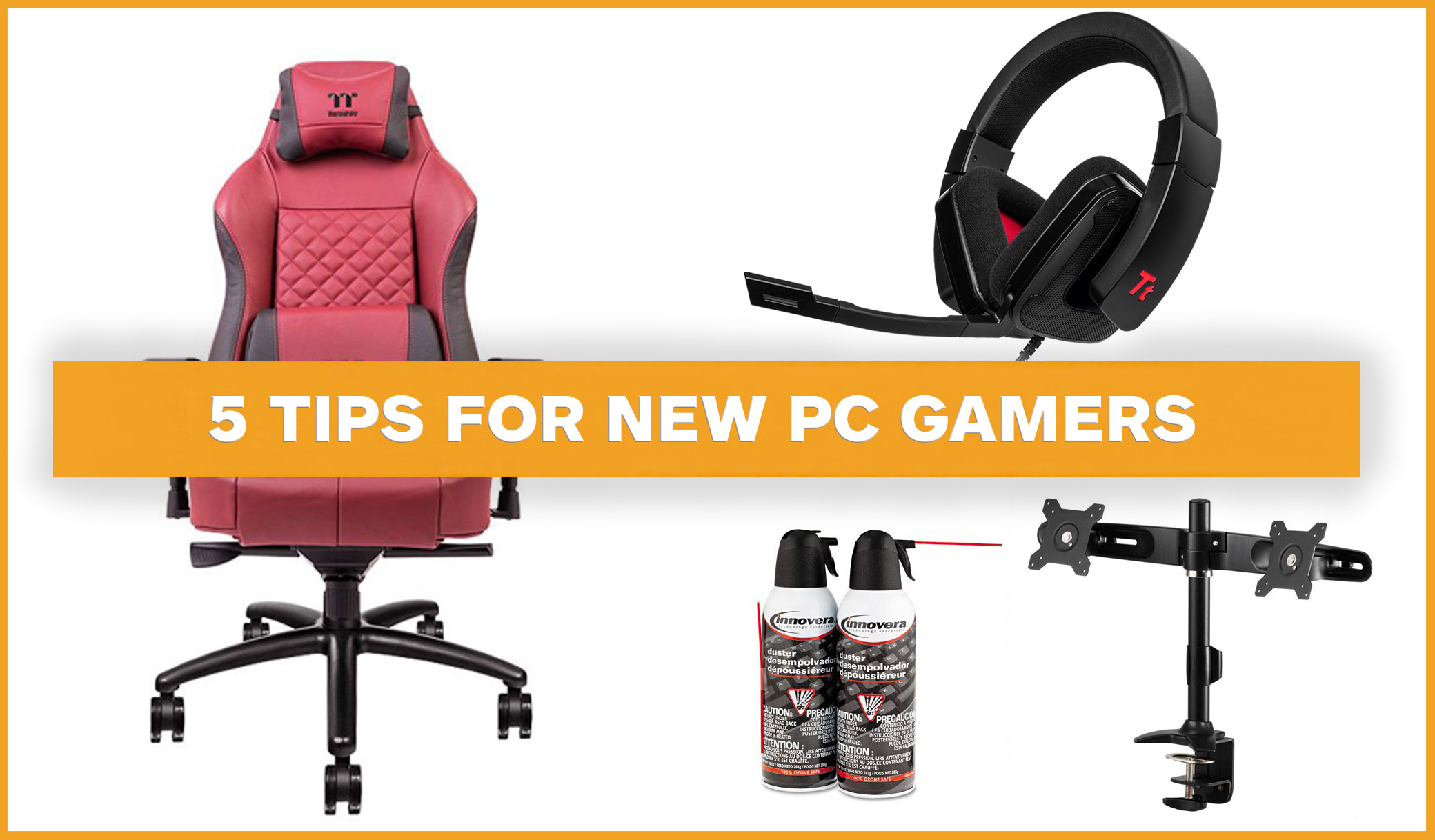 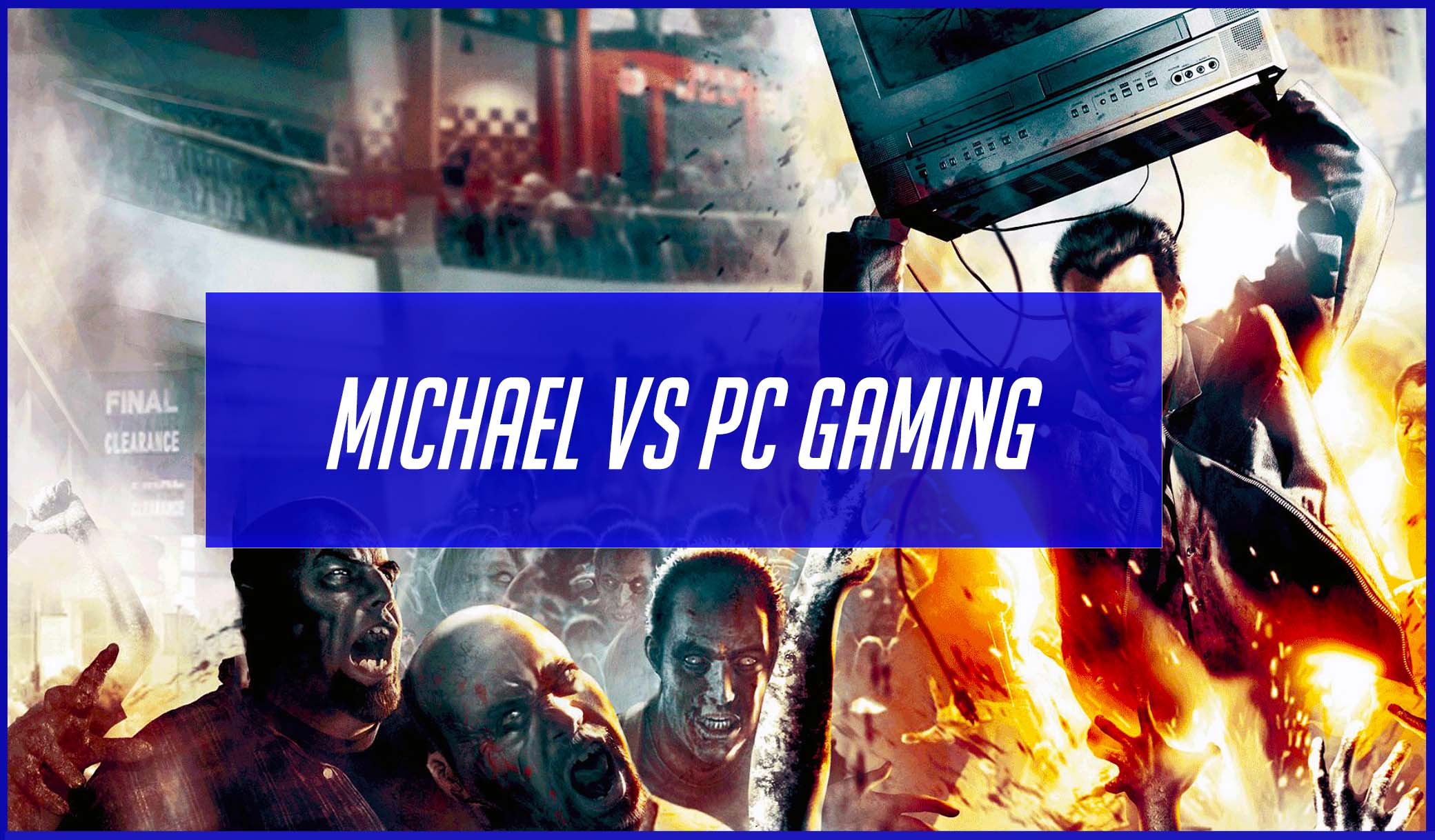 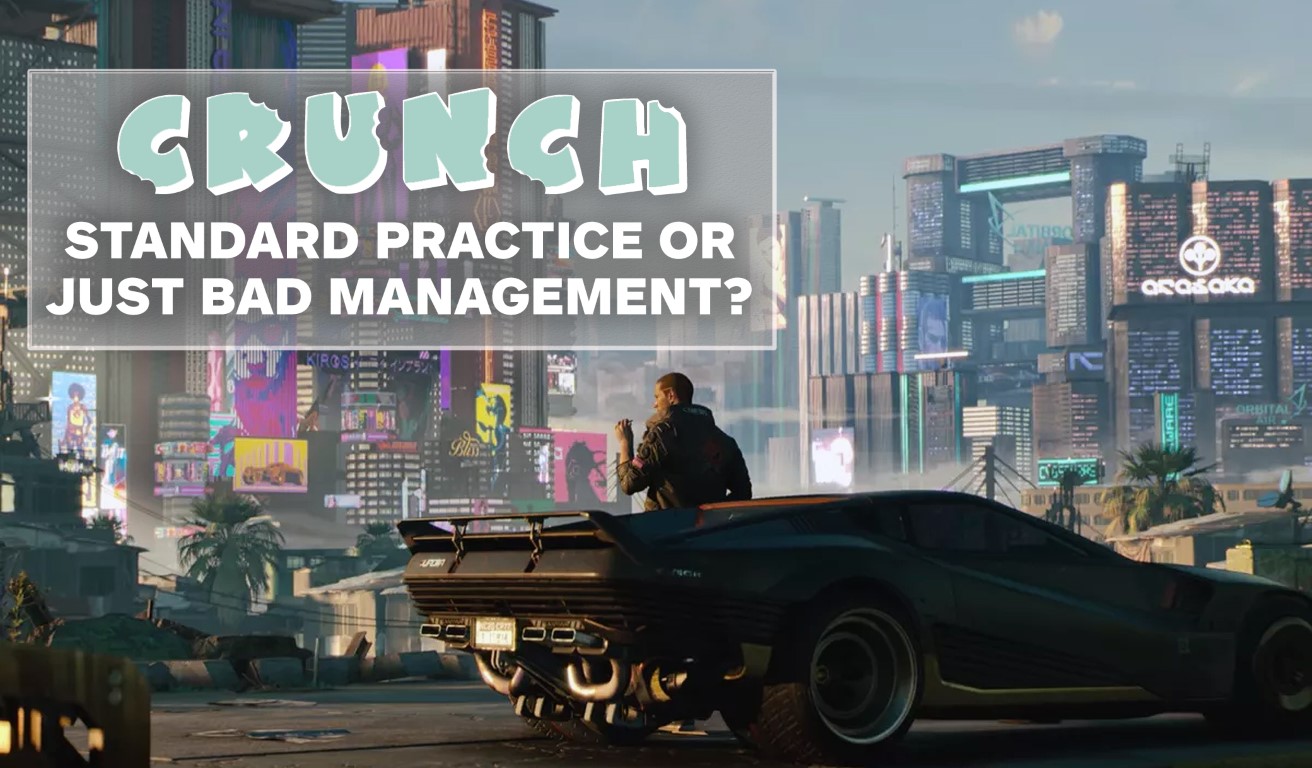