Must Have Mods for The Witcher 3 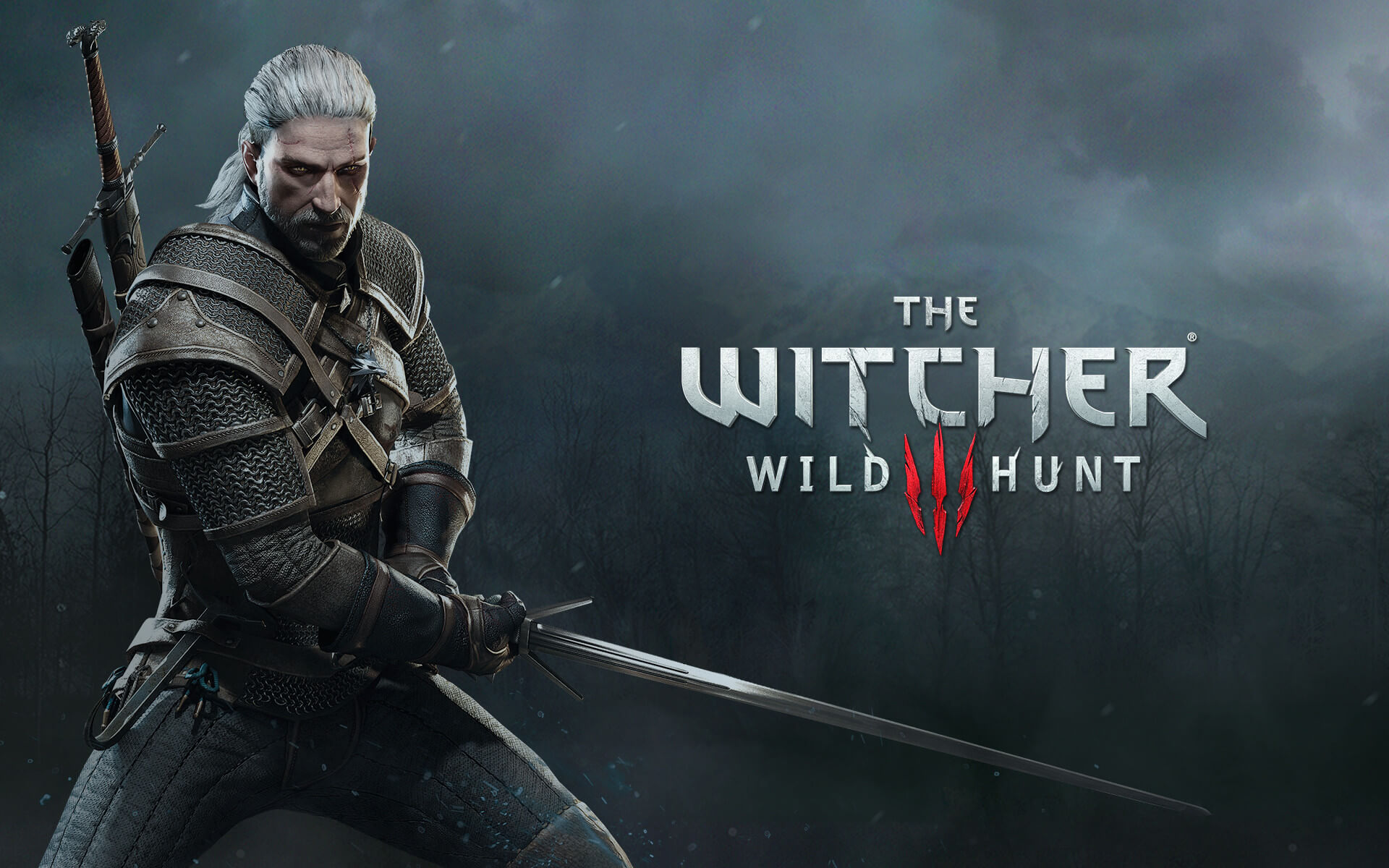 It’s that time once again time for another mod blog post! You all seemed to enjoy my Elder Scrolls series of blog posts so I figured let’s keep it in the RPG Realm with one of my other personal favourite RPGs, The Witcher 3. Here is my list of 10 Must Have Mods for The Witcher 3.

1. All Quest Objectives on Map

Let’s be honest here, finding some of the locations of the quests in The Witcher 3 can be a bit tricky. While the map is better than some other maps in the genre, the Continent be confusing to traverse, especially in the area of Velen where you have a lot of maps space to work with. This mod shows all quest objectives for the players active quest, including tracking multiple Quest at the same time. You can also change your active quest, without having to go all the way into the quest menu. This is an awesome quality of life mod and is well worth the download if you are finding the tracking down the place you need to find is doing your head in.

For pretty much my entire first playthrough of The Witcher 3, I didn’t really use oils. But towards the end, I realised how great of a feature these are. Oils are essentially applied to Geralt’s sword before going into combat against certain enemies. The higher you go in your level and the tougher enemies you go against; it almost becomes essential to have the right upgraded oil on hand when going into battle. So, there is honestly nothing worse than realising half way through the fight that you’ve just forgotten to put the oil on, and that’s why you’re getting your ass kicked. But with this mod, that will never happen again! The mod automatically applies the most effective oil you have at the start of your combat for the enemy you’re going up against. This is just a super simple mod, and will ensure you are always as prepared as possible when you go into your next beastly battle. 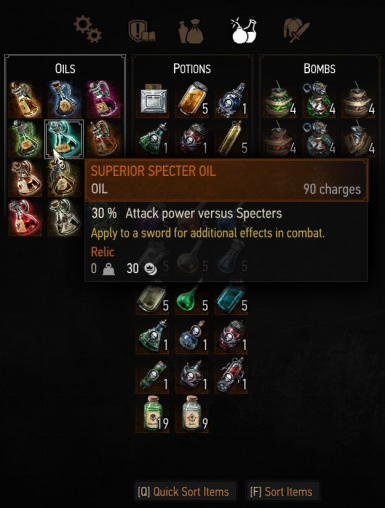 I know that fast travel can be a point of contention for a lot of players. Some people think that it is entirely immersion breaking, and only ever use in game methods to get around. While others will utilise any fast travel option available! The Witcher 3 has an interesting fast travel system whereby you can’t fast travel from wherever you like you like; you actually have to navigate to a sign post on the map first. To me this is a good halfway point between people who like fast travel and people who prefer not to use it. But honestly, sometimes the need to go a sign post can be annoying. (I’m looking at you Crow’s Perch sign post!) But that’s where this mod comes in. Fast travel from Anywhere does exactly what the title suggests, you can now fast travel from anywhere without a signpost. Do just be careful with this mod though, because sometimes if you try to fast travel during a quest you might actually break the game! So, please don’t fast travel when you’re not really supposed to be.

Faces in The Witcher 3 are actually quite good. So, why not make it even better! High-quality faces give a subtle makeover to everyone in the game from random NPCs to the major characters. While it’s not an incredible overwhelming difference from the vanilla it does do a lot for just making everyone’s face is a little bit more real looking. It’s also worth mentioning that The Witcher 3 is quite a few years old now, so a simple mod like this can do a lot to help with the immersion, and keeping the game up to date with 2022 graphics. 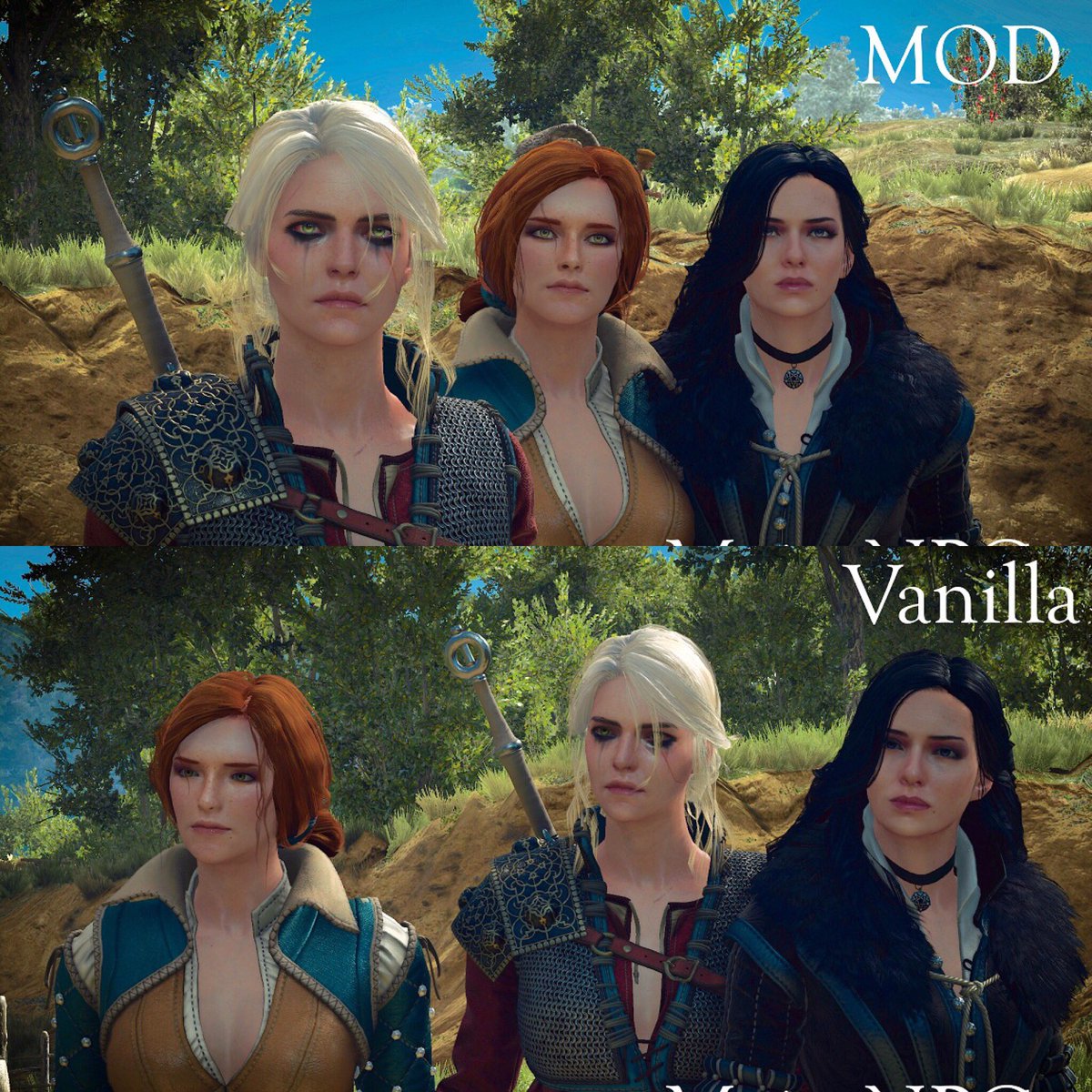 Like I mentioned just prior, The Witcher 3 is an older game. It came out in 2015 so compared to a game that’s going to come out this year, it does maybe not quite look now as it did back then. This is where this mod comes in! The Witcher 3 HD rework project is essentially a visual overhaul of the game, just bringing it up to its modern times. It includes ultra-detailed lore-friendly textures, smoother textures and better levels of detail. It basically just gives the game a nice 2022 makeover and if you are a big graphic fiend like me, then it is well worth the download.

The Witcher 3 is a beautiful game and on top of its good looks it has some incredible sound design as well. Why am I mentioning this? Well, a game element that you will no doubt come across at some point during a Witcher 3 playthrough is meditation. It is something Geralt does to recharge his health and his potions and overall, it’s a good thing to do before going into a big battle. The only problem is that when you meditate, you are stuck in the boring menu as time passes. This mod simply removes that menu screen, and allows you to sit in the game for a few minutes seeing the world go by just for a moment. That’s it. That’s the whole mod. And it’s pretty damn great. 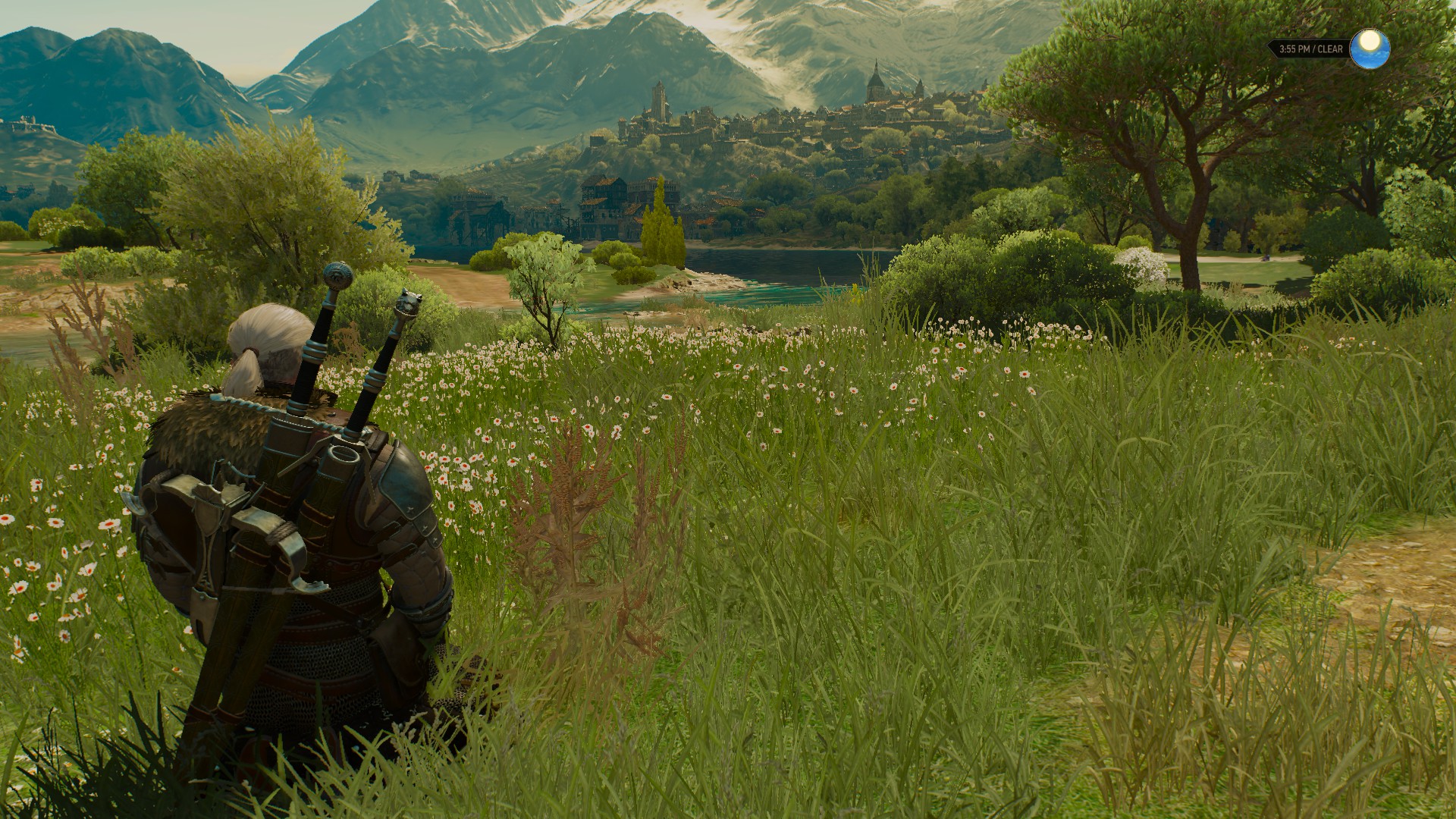 As you all know I am a graphics snob. I want my games to look, run and sound as immersive as possible. And that’s where realistic weather comes in. This mod essentially changes the way that bad weather in this game looks, as well as adding a bunch of extra weather types across all regions of the map. This includes adding foggy weather, changing the way that rain and stormy weather looks and overall editing how certain weather appears in certain times. Basically, it just gives the weather at nice refresher, and while you’re meditating in the beautiful lands of Velen, why not also enjoy a beautiful midday thunderstorm while you’re at it I say! 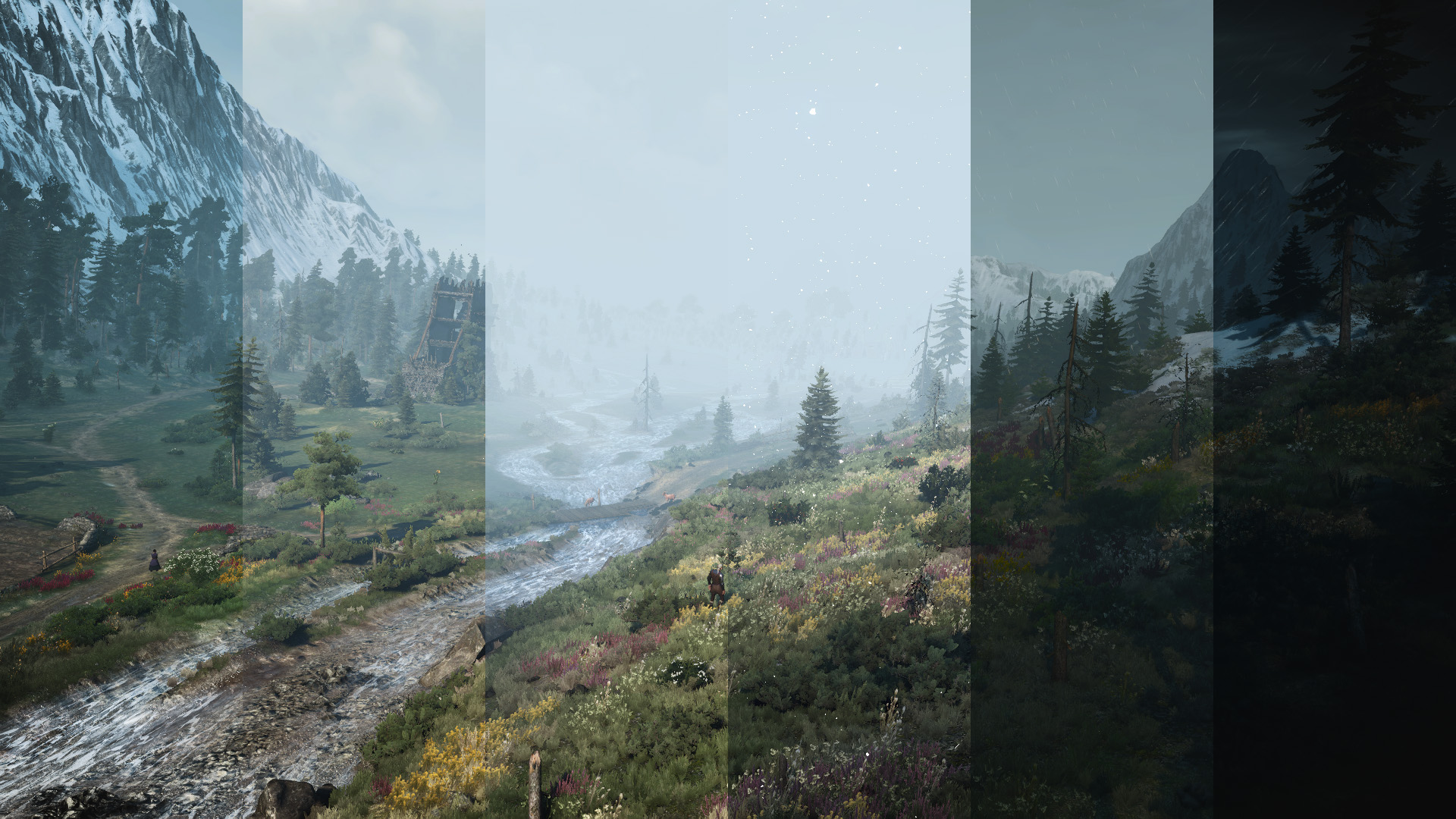 Now I did mention that in The Witcher 3 HD rework project does include increased draw distance. But if you don’t want to install that entire mod with everything on it, but you just want to see further, then this is a great alternative mod. As I mentioned multiple times now, this is a game that is quite a few years old. That means it is missing some modern upgrades, such as an increased draw distance. This mod basically allows for the increase and customisation of the in-game draw distance as well as level of detail just helping increase that all-important immersion. With graphics cards as powerful as they are these days, put that 3080 you’ve got to the test with this mod! 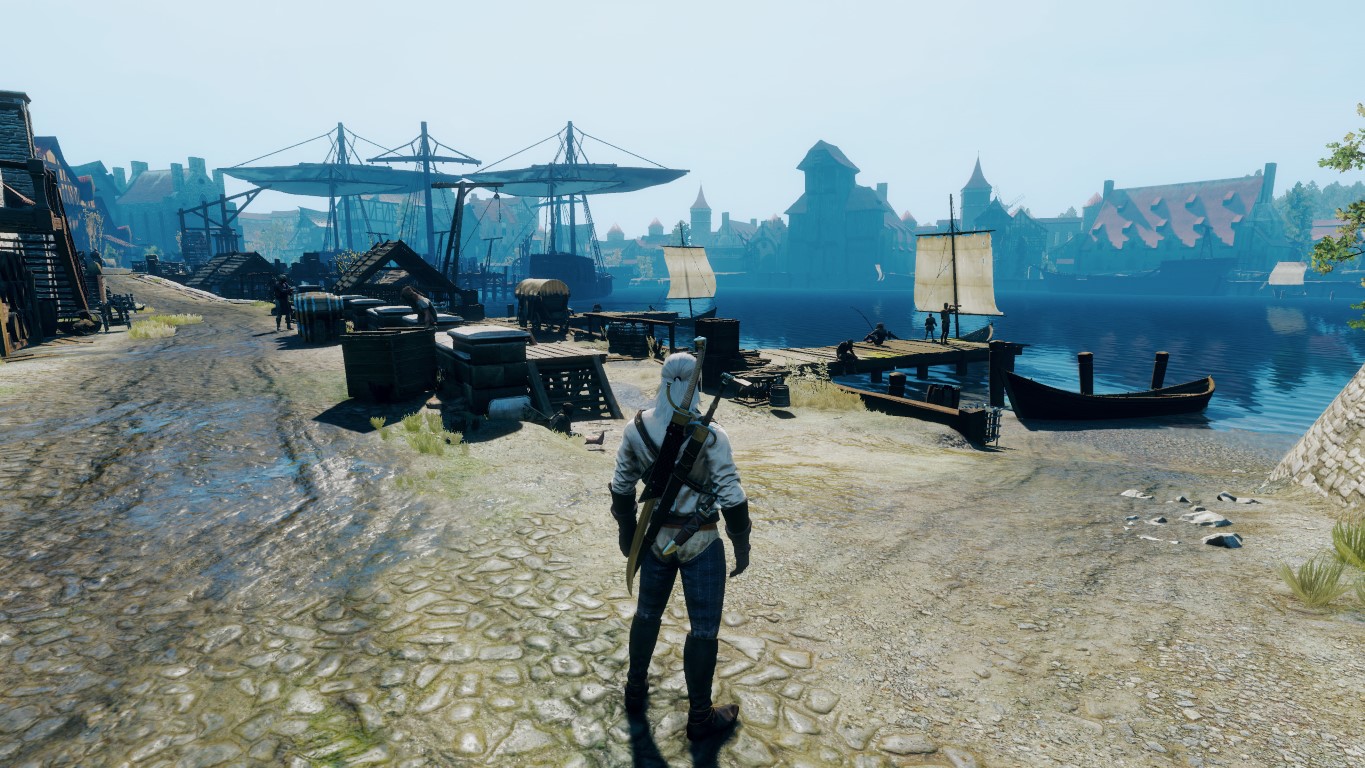 OK so in your first playthrough of The Witcher the storybook videos that play when you’re loading in are really great. They’re awesome to give you a little update on what happened in the last time you played. But oh dear GOD they get annoying after a while! So, this mod basically allows you to disable this feature if you want. It also actually helps decrease loading time – and I mean who doesn’t want that! So, if you just want to jump straight into the game and screw loading screens, then this might be the mod for you.

I had to throw this one in here despite the fact that it’s not really the normal sort of mod I would include. Yes, you can indeed mod your Witcher 3 to feature the actor counterparts on The Witcher TV series. There’s not a whole lot more to say about this mod it just puts Henry Cavill and Anya Chalotra’s faces on the character models of Geralt and Yennefer respectively. Sometimes they look a little bit weird, but overall, it’s actually not a bad effort. If you want more Henry Cavill in your life, (and who doesn’t!?) this is certainly a mod to go install. 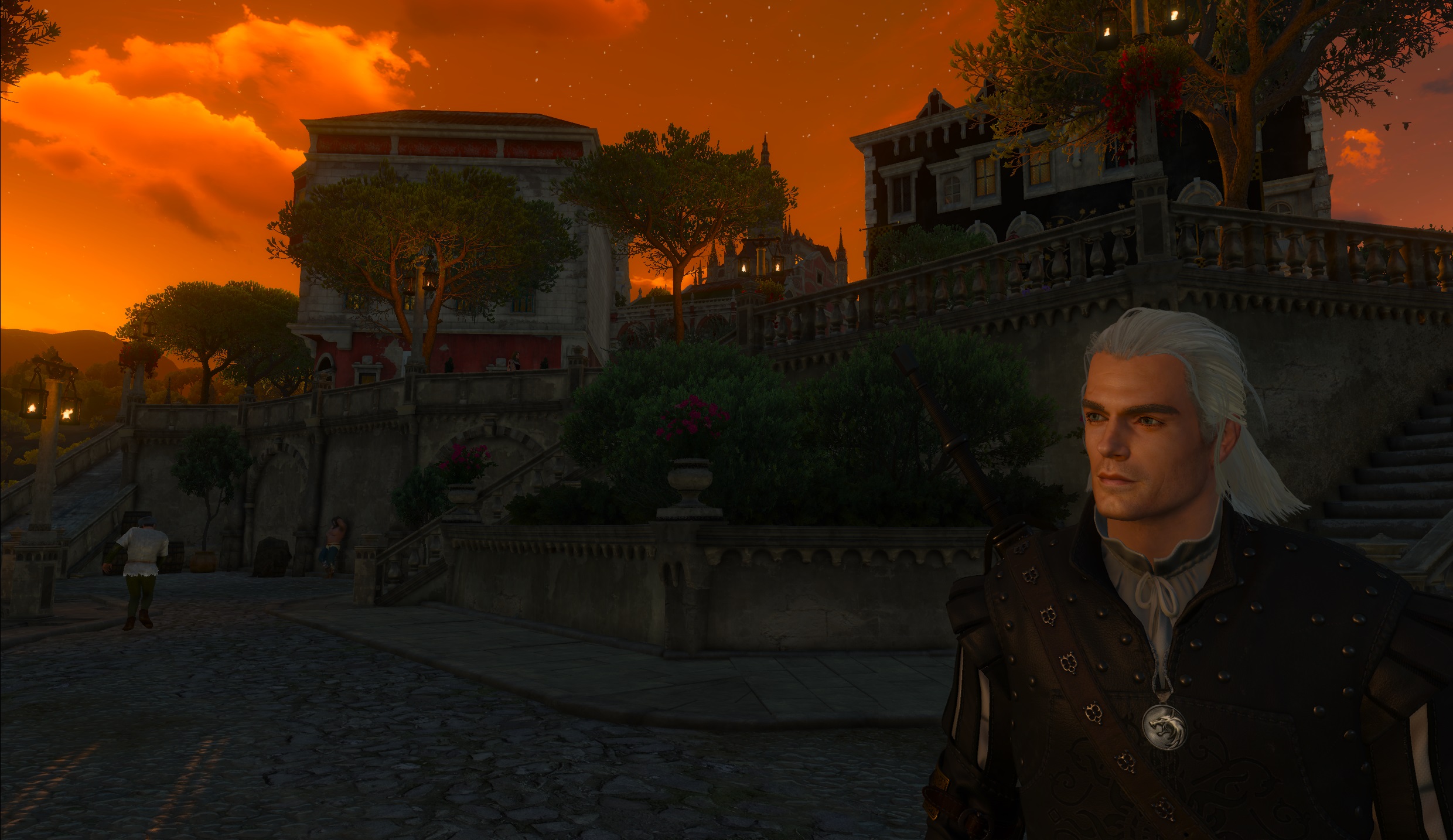 So, there were 10 must have mods for The Witcher 3.

Are there any mods that I have missed tell me in the comments below!