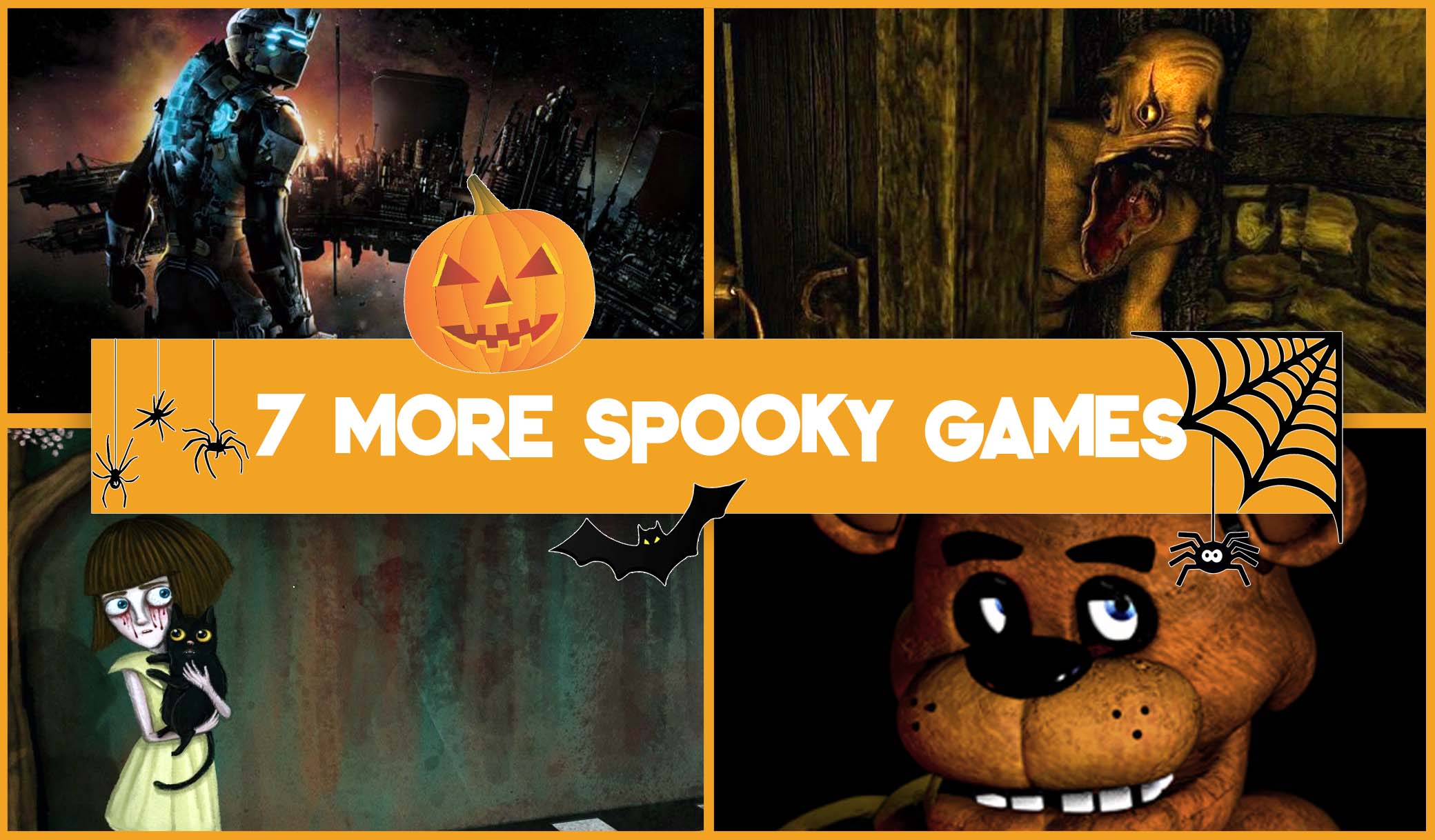 It’s spooky season again! To celebrate I’m writing two ultra-spooky Halloween themed posts! First, in case you are running low here are 7 MORE spooky games to play this Halloween! Remember to check out last year’s list also, as I won’t be repeating any of the games here that I mentioned last year.

If you want a game that is more eerie than jump-scary and actually has a really creative, interesting story, then this is your horror game! Think Alice in Wonderland, but much MUCH darker. Fran Bow is a really 2D creative side-scroller type game where you play as the titular Fran, a little girl who just wants to find her lost kitty. I won’t go any further into the story as I don’t want to give anything away, but the story itself is incredible. You meet an array of eccentric characters on her journey, as well as discovering a number of gorgeously designed areas. The art design, story and sound design is a great combination of eerie and beautiful, and is well worth a play this spooky season.

There is a reason this game is almost ALWAYS on best horror game lists – it truly is a spooky experience. While the entire game is pretty much told through notes and flashbacks, I have never been more immersed in a horror game story than this one. You play as a character who wakes up in an old castle with no memory of how they got there. So, your main goal is to figure out what the hell happened! And to be honest. part of you ends up wishing you didn’t figure it out! On top of the mortifying things you discover, you also have to contend with the monsters. There are 2 types of monsters, both as creepy as each other, and all you can do is hide from them which can make for some heart pounding moments. If you truly want a game to spook you, this is the one to play.

This is probably one of the tamer games on the list, but it does evoke a very spooky atmosphere. Until Dawn is a very story heavy game, where you take control of a group of teenagers camping in a lodge in the snowy woods. But of course things start going very wrong and the choices you make can get almost every character killed. There are some very nail-biting moments, and a BIG cost for making mistakes during the seemingly easy quick time events. This is great game to gather the friends around the PlayStation for on Halloween night and watch the story unfold.

The ultimate jump scare horror game. If you want just a few funny cheap scares, then this is the game for you! Despite its peculiar popularity among tween kids, this is still a really top tier horror experience. You play as a poor soul who has taken a night watch job at Freddy Fazbear’s Pizza, a child friendly pizzeria with animatronic robot entertainers. It doesn’t take long to work out why they need this night watch person however, as all of the animatronic creatures seemingly come to life each night and basically try to murder you. You are stuck in the one room, with only cameras and doors, and a very limited supply of power to keep you safe until morning. It has a great amount of tension and you must keep on your toes constantly to ensure good resource management. It’s an oldie but a goodie, and worth trying if you haven’t already.

This game blew everyone away back when it released in 2017 and it still holds up amazingly well today. You play as a man named Ethan who is trying to find his missing wife Mia. Unfortunately, she has been imprisoned in a creepy farmhouse and you quickly ends up being taken captive himself. This game just has it all! An insanely good story, gorgeous graphics, impeccable sound design and it knows how to make every moment tense. Additionally, unlike other horror games you do actually get to have weapons at times. If a game can arm you with a chainsaw and you’re still terrified, that says everything you need to know about how scary that game actually is!

Throwing it way back to 2008 with this classic! Dead Space sees you playing as Isaac, who is trying to find his missing girlfriend. When he arrives on the ship he believes she is on, he finds most of the crew dead. He must try and find a way to get off the ship, all the while avoiding the deadly Necromorphs who are trying to kill him and his crew. This game perfectly encapsulates the tone and tension required to make a game truly terrifying at times. Additionally, just the setting itself adds another layer of horror, knowing you’re trapped on a ship in the middle of space with no escape. If you are a fan of Alien: Isolation, then this is the perfect next horror game for you.

While in my opinion not as good as good as its predecessor, Outlast 2 is still a very strong spooky game. It follows almost the exact same game play format as the first game. You run around weapon-less with only a camcorder in a terrifying, isolated location, all the while people are hunting you down. This time you play as Blake, who (like the last few protagonists on this list) is trying to find their missing partner. This leads him to a strange place run by a deranged cult who had other ideas for Blake and his partner Lynn. Like the first Outlast, this game has great sound design and builds tension very well. For me, this game fell a little short as I found the story too convoluted and I lost interest about halfway through, unlike the first game. But if you loved the first Outlast you might find this a great play too.

So, there are 7 MORE spooky games to play this year for Halloween. Are there any spooky games that I missed out? Feel free to comment them below. 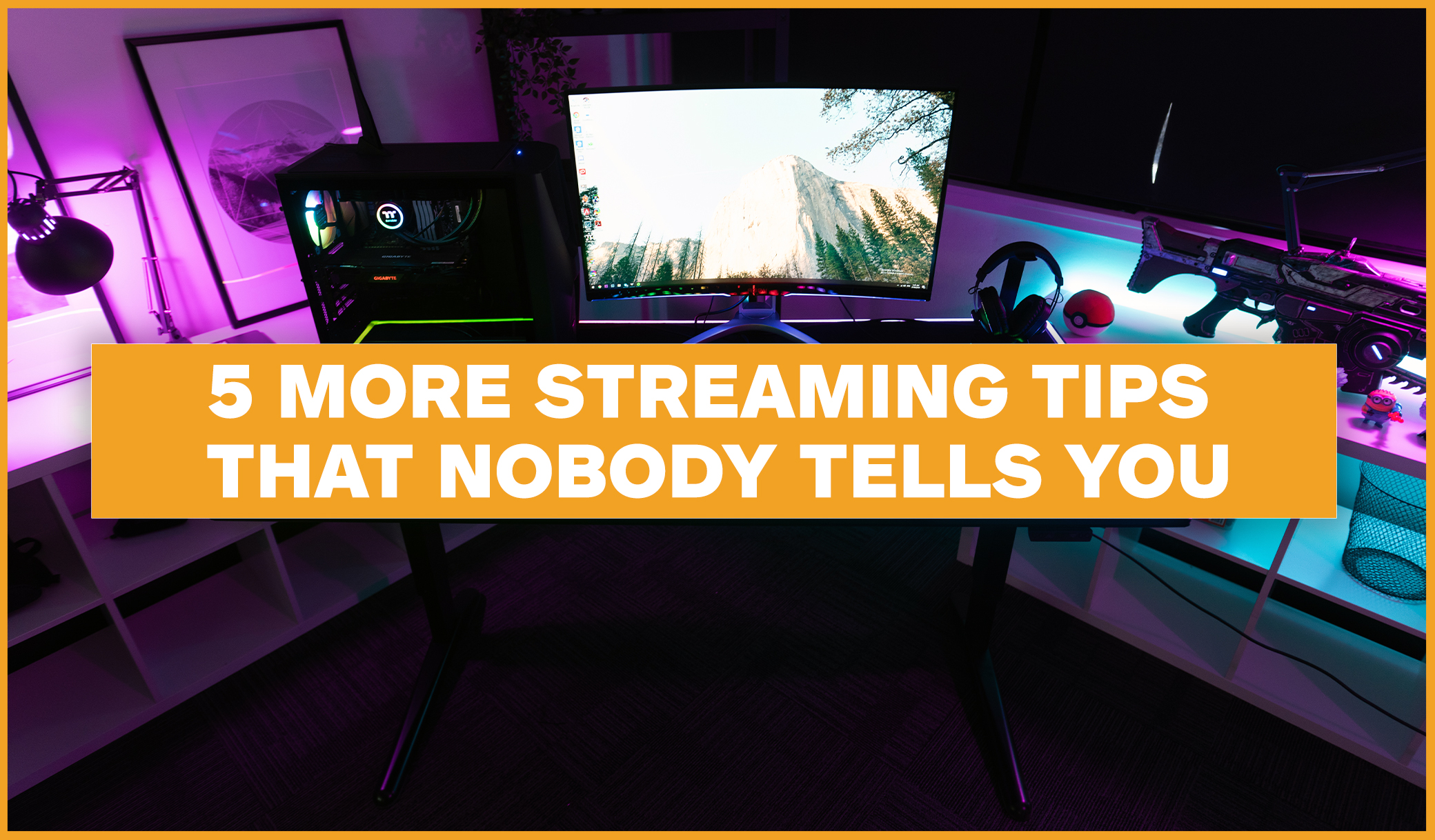 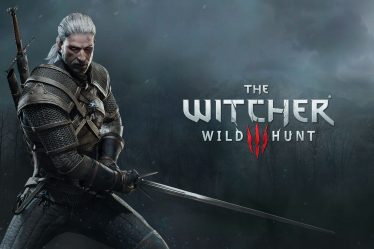