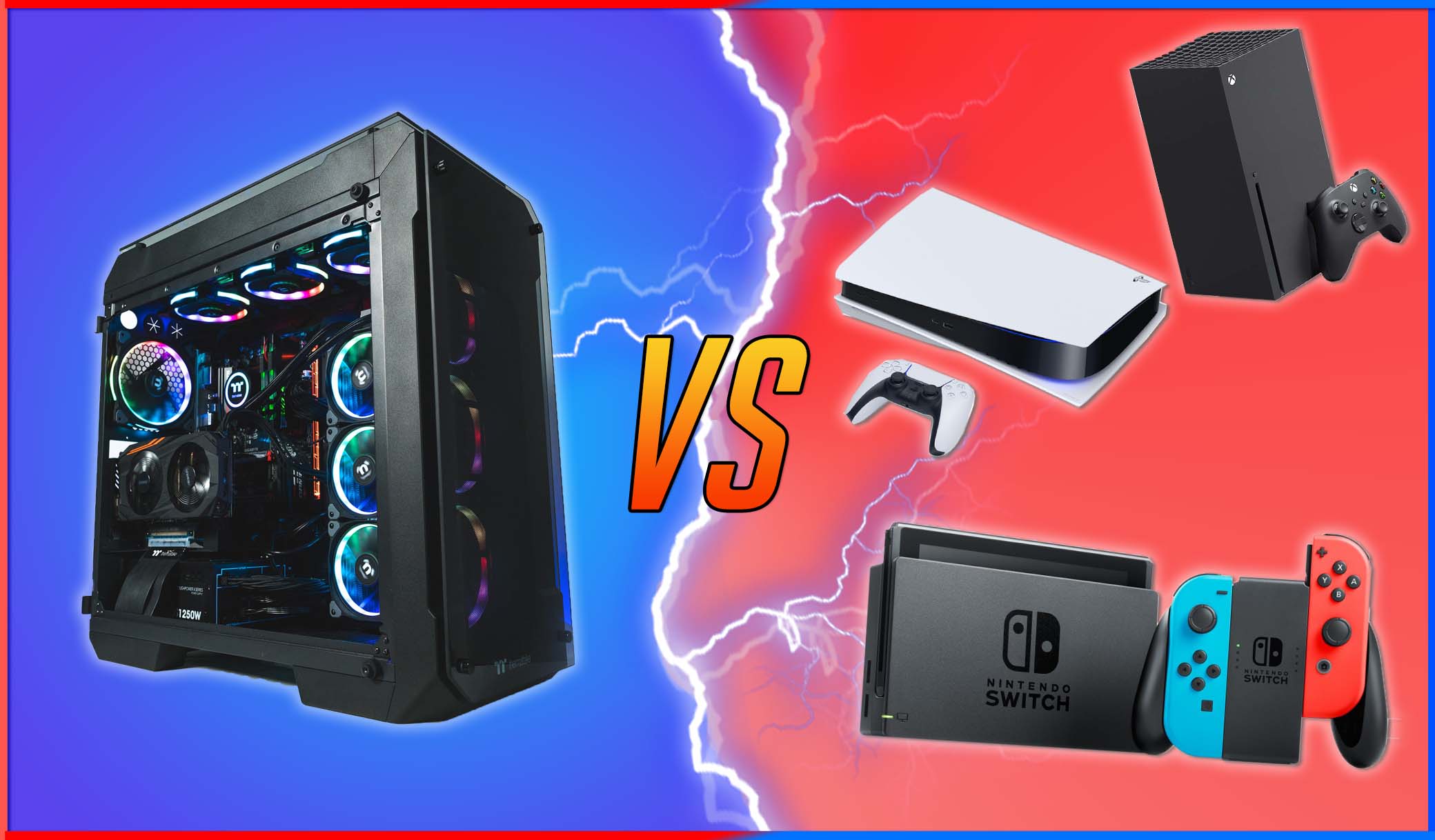 I’m not usually one to participate in the console versus PC debate. It’s a bit silly and often without merit, but I occasionally like to entertain the idea in a ‘school yard argument’ type way. So today, I wanted to discuss how I think PC gaming stacks up against the big three consoles in the year of our Lord, 2021. It’s a particularly interesting year to take a look at what all of these platforms have to offer, as things have been weird. For the first time in maybe ever, both PC and console gaming are kind of inaccessible, as hardware has become increasingly difficult for consumers to get their hands on. So, what platform is the easiest to obtain right now? The cheapest? The best…est? Let’s weigh up the pros and cons!

So I’m not entirely sure these things exist. I’ve yet to see one in the flesh, and the rate they get gobbled up online from every retailer after they drop within minutes is absurd. There just isn’t enough supply to meet the insatiable demand right now, and I’ve never seen anything like this almost a year out from a console’s release. Because of this, it’s kind of difficult to recommend trying to get yourself one right now, due to the hassle it would take. Watching online drops like a hawk, calling around to each retail store, it’s just too much work! Especially when you consider the cons. These things are expensive right now. As someone who collects physical games, the $750 AUD price tag for a PS5 with a disc tray is laughable. That price increases even further if you wish to install additional storage, as the PS5 uses SSDs.

There also just, aren’t a lot of exclusives on it right now. At least ones that I’d consider ‘worth getting’. I wasn’t particularly impressed with Spider-Man: Miles Morales or Returnal, especially considering they each come with their own hefty price tag of around $80 a pop.  I know I’m going to get one eventually, but I’m happy to wait awhile. In 2021 though, it’s a no from me dawg.

So for a bit of background, I’ve never owned a current gen Xbox console. I bought an original Xbox a few years ago, but current gen I’ve always opted for Sony and Nintendo. However that soon might change if things are continuing the way they are. As Xbox Game Pass is beginning to become a deal that seems too good to pass up on. For those unaware, Microsoft is offering essentially what is a Netflix-esque subscription based service to download games digitally onto your console. It doesn’t have every game on there, (supposedly only around 100 or so), but it’s the quality of the games available that’s truly remarkable. For only $15.95 a month you can play Subnautica, Psychonauts 2, & the entire Yakuza catalogue to name but a few. That’s absurdly good value.

The caveat here being that you don’t actually own these games, and they’ll just disappear into the internet black hole the minute they’re taken down and deleted off your system. So it’s really the convenience you’re paying for here, but a no brainer if you’re not one for physical games anyway. I’ve noticed it’s also a little easier to obtain a new Xbox console, so it’s certainly one to keep an eye on. Right here and now I’ve got to be honest, I’m swaying towards picking one of these up over a PS5 if I had to make the choice in a split second.

A bit less juicy goss to discuss here, as the Nintendo Switch continues to chug along on its merry little way, not paying too much to what its competitors are doing. A philosophy that’s both a gift and a curse. For example. You know what’s cool? Being the company with the most important and impressive back catalogue in the entire games industry. You know what’s not cool? Drip feeding your consumers a tiny library of classic games via your paid online service that will be removed after a mystery period of time. There’s also the recurring issue of joycon drift that continues to plague launch model consoles, and an underwhelming new model that only benefits handheld users.

To rattle off a few of its perks though, the Switch is by far the easiest console to get your hands on right now. No need to hunt around or appease stinky scalpers, you can waltz into any video game retailer and pick one up right now. It also has an impressive (albeit overwhelming) e-shop with tons of indie games, and portability that you just cannot beat. Yes Switch games are expensive, but if I have to pay that wee bit more to be able to play it in bed, I’ll make that purchase every time. Overall, the Switch continues to do its thing, and if you’re into Nintendo games, 2021 is as good a time as any to pick one up, as things don’t look to be slowing down any time soon.

Ah, ever reliable PC gaming. The safe space for pretty looking, high performance gameplay. What has shocked me so far this year though, is the amount of bizarre ports it’s received. If you had told me series like Metal Gear Solid, Kingdom Hearts and Story of Seasons would all be ported to PC in 2021, I’d have called you a crazy capybara. The major knock though, is just how expensive PC gaming is right now. It’s just not a hobby that’s accessible at the moment, and things don’t look to be getting better any time soon. Graphics cards are still very expensive, costing more than any of the consoles I’ve listed so far alone.

So while the games available are easily recommendable, with the PC versions often being the best version of multiplatform games, it’s the hardware (or lack thereof), that has been letting the platform down this year. So while building for 1080p/1440p gaming seemed like a great idea a few years back, in 2021 I just can’t recommend you buy with parts sitting and these inflated price points. It also often misses out on some great console exclusives, so that’s something to keep in mind too! 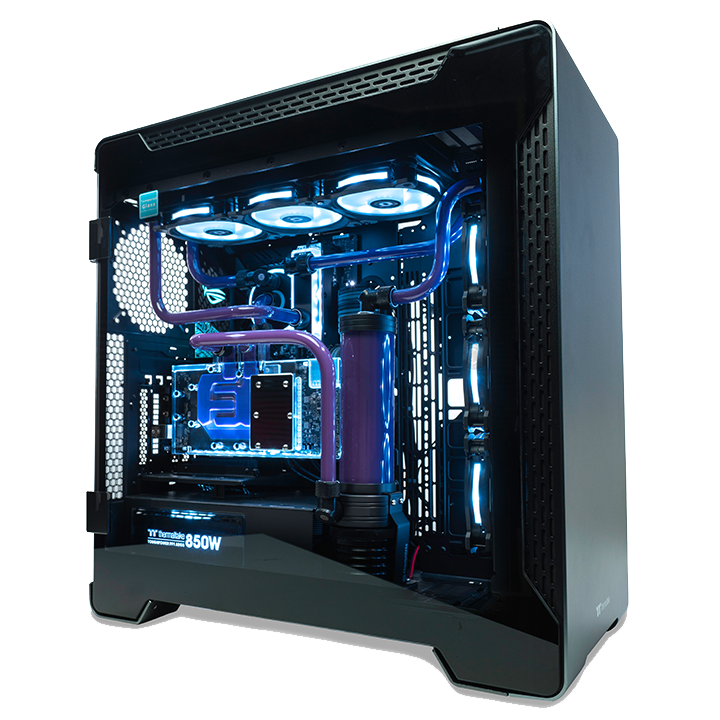 So, that was my little round up and comparison of all the hardware in 2021!

I’m not going to decide a clear victor or anything like that, but hopefully I’ve given you some useful information should you be looking to purchase a console right now.

If I’ve helped inform your decision, be sure to let me know in the comment section down below! Also, feel free to check out any of our other tech related posts here or jump on over to our YouTube channel here to check out even more totally tubular content from us. 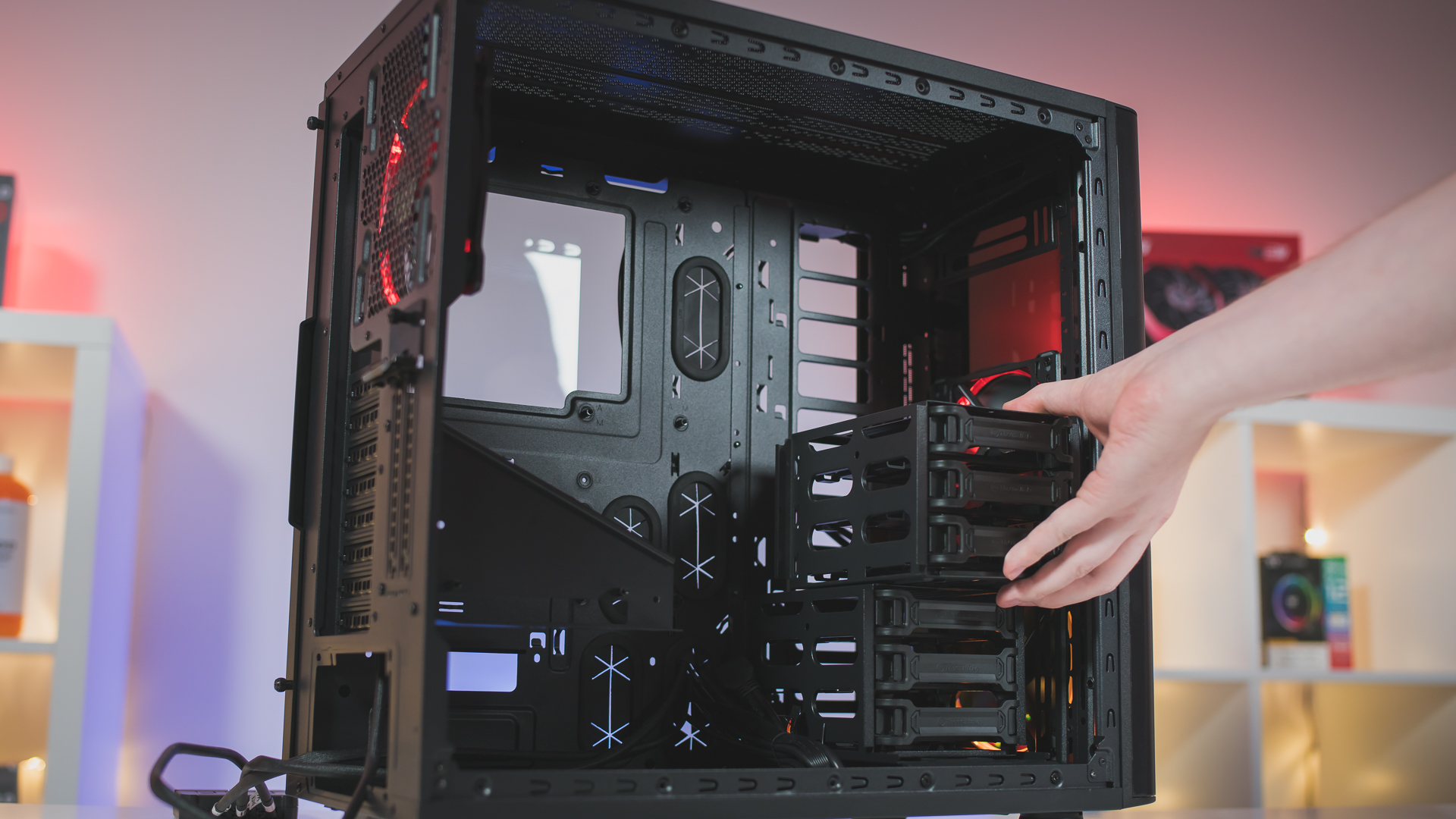 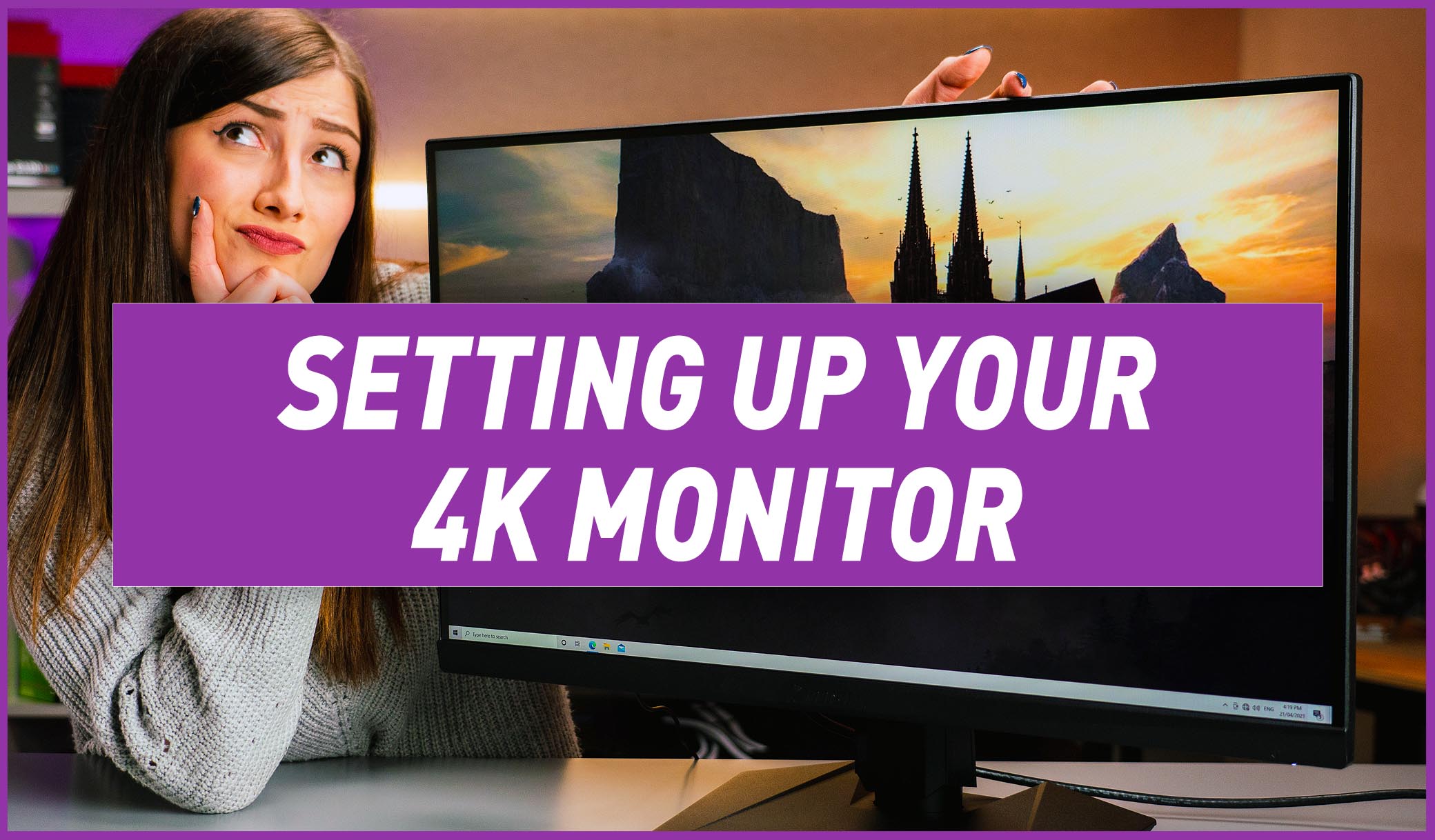 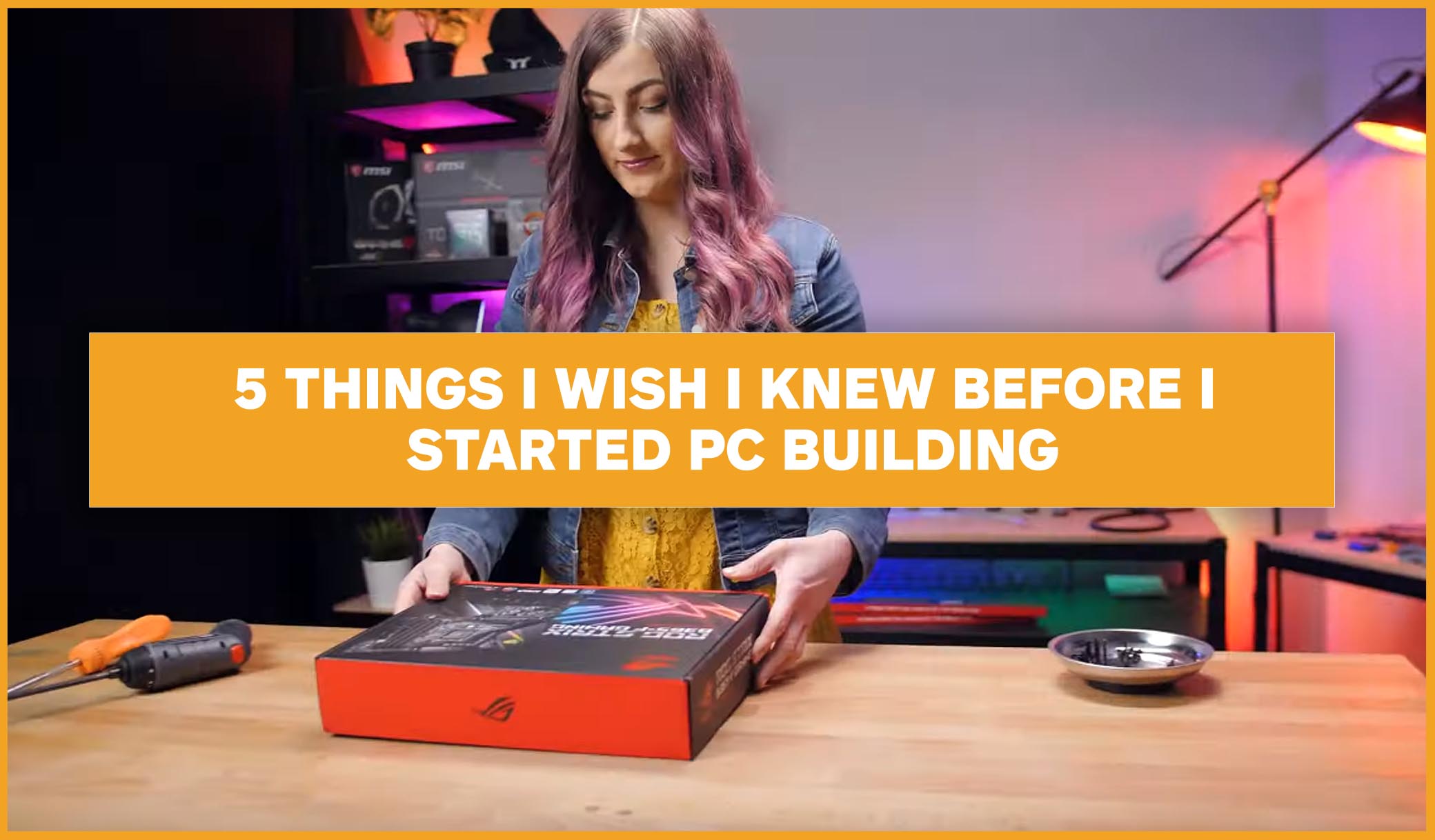